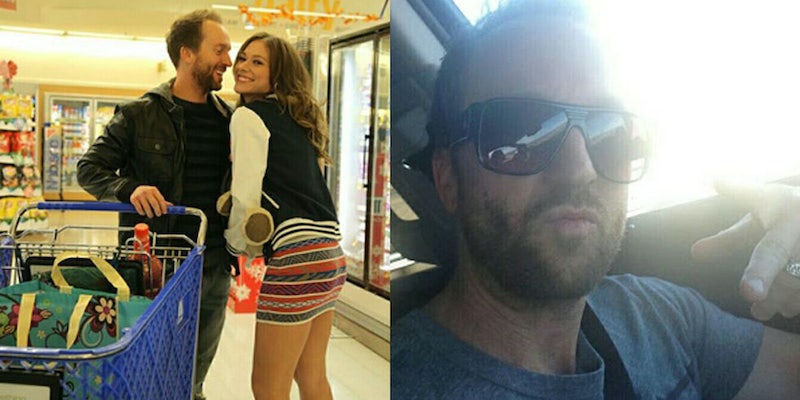 The 10 actresses claim he 'is so well-known as a rapist in the industry.'

“He didn’t even have the decency to give me the opportunity to consent. He just took it,” actress Jane Wilde told the Daily Beast, “He basically said, ‘You’re my property now because I’m paying you to do this, so I can just use your body however I want to get off.’ That is what made me feel violated the most.”

Wilde described how Madison ejaculated inside of her after asking her if he could only during the scene, not beforehand. (It is common practice in the industry to have those discussions beforehand.) Wilde explained how, if she said no during the scene, she risked not getting paid.

“I thought, ‘I’ll get paid and it will make this experience be worth it in some way, even though it’s awful.’ If I don’t get paid for what I’ve already went through, I’d be so devastated,” Wilde told the Daily Beast.

Another actress, Kinsley Karter, described how Madison was rough without her consent. He was so rough that she threw up and suffered from vaginal bleeding for the next two days. She described it as a “horror movie” and said she cried all the way home.

The women told the Daily Beast that Madison “is so well-known as a rapist in the industry” but that agents continue to send women to film scenes with him. Wilde’s former manager, who sent her to Madison’s studio, continued to send women to Madison after her experience.

“But John O’Byrne from East Coast Talent is just as complicit in the rape of so many girls,” she said. “You’re sending your girls to do scenes with a rapist just to get your f*cking cut.”

Madison was also accused of doing a “nonconsensual race scene” with Iranian-American actress Arabelle Raphael. He wore a turban and forced Raphael to wear a “belly-dancing outfit,” later suggesting they have AK-47s in the scene to make it “authentic-looking.”

With the pandemic forcing studios to put a pause on production, the women felt “inspired” to bring their stories to light, actress Khloe Kapri told the Daily Beast.

“But as much as I’m so glad things are finally being done, I do worry about the environment performers are going to be put in when work resumes and people are going to be afraid of losing work over standing up and believing other women in the industry,” Kapri said.