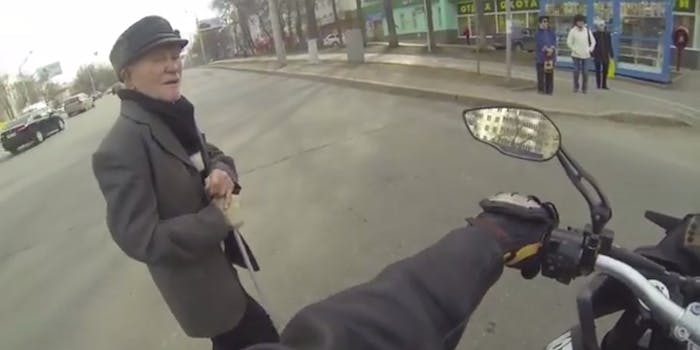 More often than not, the dash cams common throughout Russia to prevent insurance fraud capture extremely outrageous and even dangerous scenarios. But every once in a while, they capture some good, too.

The latest such instance belongs to a motorcyclist who’s speeding and zipping through traffic just like any other day until he spots a blind man stuck in the middle of a busy road.

Helping an older person cross the street is about the oldest good deed cliché in the book, but that doesn’t mean it’s still any less appreciated—except for maybe the people honking from their cars.