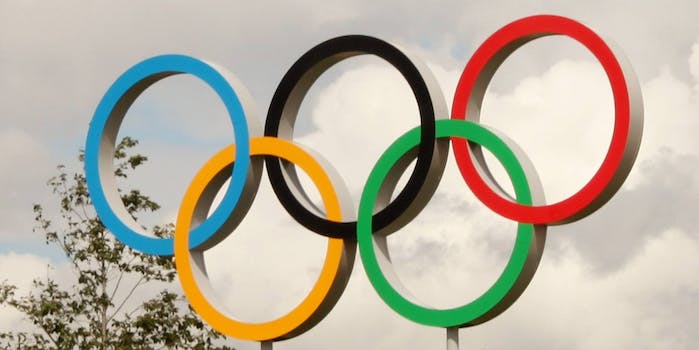 These countries could be putting LGBTQ athletes at risk.

Russia and Egypt are attempting to block protections that would prevent anti-gay discrimination at next year’s Olympic games, advocacy groups report.

In the coming weeks, the United Nations is set to approve what is known as the “Olympic Truce Resolution.” Ratified every two years, the accord calls for member nations to “observe and promote peace” during the Olympic games. The policy applies to the week prior to and the week following the bi-annual games.

Since 2015, the Resolution has included Principle 6, a policy forbidding discrimination on the basis of sexual orientation. It does not, however, prevent gender identity bias.

The advocacy group OutRight International reports that the queer-inclusive ordinance may be in jeopardy: Russia and Egypt, both of which have led violent crackdowns on their LGBTQ communities in recent years, are attempting to remove those protections.

The two countries have issued an ultimatum to the U.N., OutRight claims. If Principle 6 isn’t excised, they won’t sign the Resolution.

“Egypt and Russia are not simply fighting over symbolic language but over the levels of violence governments are allowed to use against LGBTQ people,” said Jessica Stern, executive director of OutRight International, in a statement to INTO. “After systematic attacks on LGBTQ people in their own countries, they are now setting their sights on promoting violence and discrimination in every country of the world.”

The resolution was put forward two years ago as a response to widespread condemnations of anti-LGBTQ violence in Russia surrounding the 2014 Sochi Olympics.

The event highlighted the extreme abuse to which queer and trans people have been subjected following the 2013 passage of Russia’s notorious anti-gay propaganda law. A survey conducted the same year by the Russian LGBTQ Network found that 15 percent of respondents had experienced a physical assault in the past year. Half had been targeted with verbal abuse, emotional violence, or harassment.

Removing these protections, OutRight warns, would have a devastating impact on the Olympic Truce Resolution’s future. If successfully blocked, Principle 6 is unlikely to be reintroduced during subsequent negotiations.

The LGBTQ advocates say that the group has worked with major players at the U.N. to ensure broad support for the policy.

“Russia and Egypt are known anti-LGBTQ campaigners at the U.N., and they are prepared to sacrifice the Olympic spirit to do it,” Stern continues. “We cannot allow this type of bullying to target LGBTQ people or undermine the principle of global community.”

OutRight believes upholding LGBTQ protections is critical during a year in which queer and trans people have continually been under attack in the very countries opposed to the policy.

More than 70 people have been arrested in Egypt following a Sept. 22 concert when fans of the band Mashrou’ Leila were apprehended for holding a Pride flag. Since the crackdown, the country has moved to pass one of the world’s harshest laws criminalizing homosexuality. A proposed bill would make sodomy illegal and impose harsh penalties on any form of LGBTQ expression. The legislation is expected to pass.

In addition, more than 100 men were rounded up and thrown in concentration camps in the Russian territory of Chechnya earlier this year. Several detainees were reportedly killed in the purge, including a popular Russian singer.

Russia and Egypt were two of the 13 countries who voted against a United Nations resolution condemning the death penalty for homosexuality in October. The accord, which would have also opposed capital punishment for adultery, apostasy, and blasphemy, was also opposed by the United States.

Next year’s Winter Games are set to be held in PyeongChang County, South Korea.