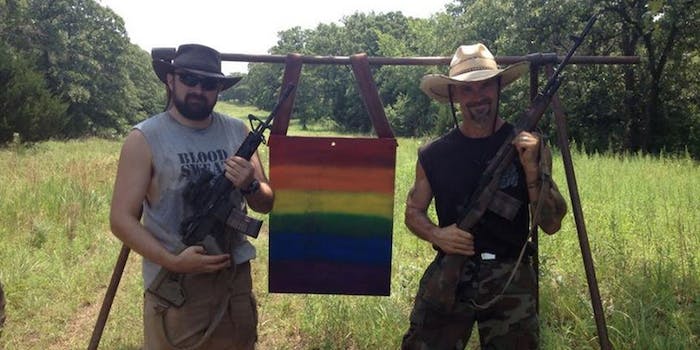 Fear not, there's also a Confederate flag somewhere in there too.

Pawnee, Oklahoma, is not exactly on the map as a gay tourism destination. The town sits near the border of the Osage reservation about an hour outside of Tulsa, Oklahoma, which is home to a small smattering of gay bars mostly located by the university.

Context is everything, it seems. When a small-town Oklahoma gun club used what looked like a rainbow flag as a shooting target and posted a photo of it to Facebook, the local LGBT community was understandably rattled.

The rainbow flag target pic was posted with the caption, “new high visibility targets on the 500 yard range.”

The Oklahoma Run n’ Gun is a group that organizes biathalons throughout the year, in which participants run a race and then complete a shooting course. It’s a sort of military-grade obstacle course for survivalist types: crawling under barbed wire, shooting through multi-holed obstacle frames, running up a hill to a burial mound with a giant Confederate flag stuck on top, shooting at rainbow flags… you know, the usual. 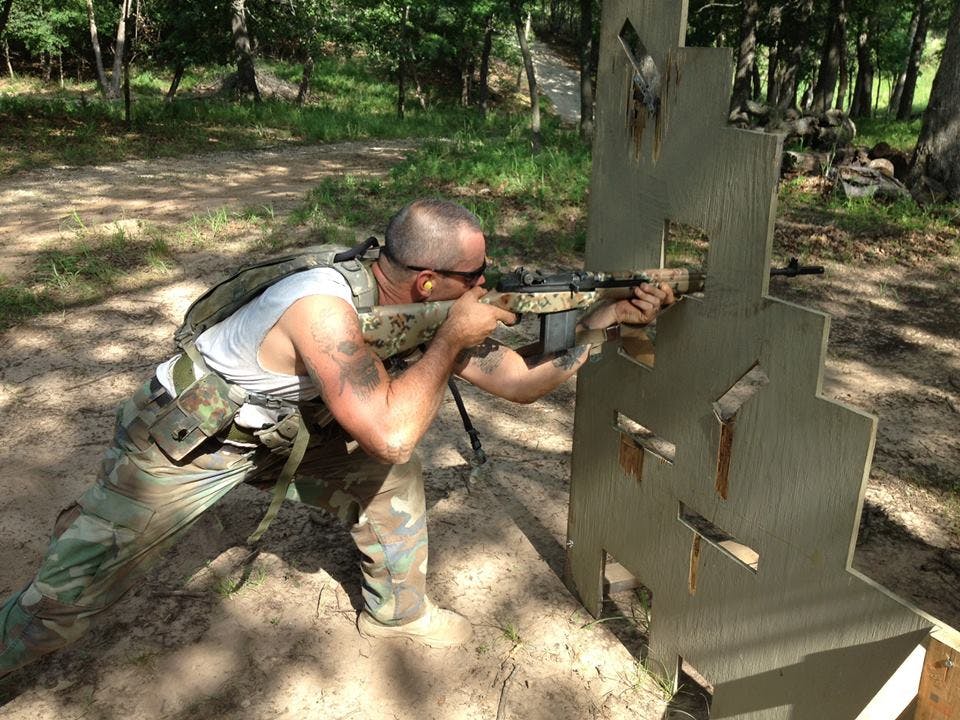 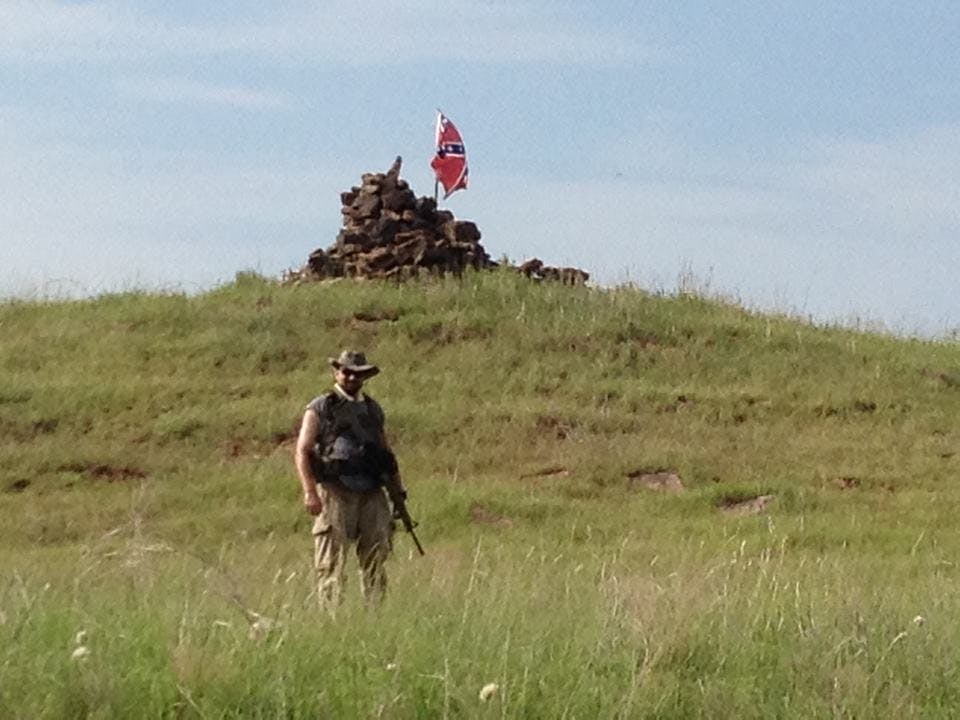 Activist Scott J. Hamilton told the news station that many LGBT Oklahomans “feel as if we walk around as targets.”

The Daily Dot reached out for comment to Run n’ Gun organizers via email but did not receive a response. Stevenson said in the KFOR interview that he had personally spoken with the organizers and that they had not intended for the post, or the rainbow shooting target, to be offensive.

“You could definitely tell by reading the comments that they were trying to make a joke out of this. But once again, it was going way too far and offending a lot of people and it was very threatening language,” said Stevenson.