A 22-year-old was fired from her job today for complaining online about 'rude white people.'

Chicago resident Rochelle Latrice Robinson was having an off day at her job at the Brookfield Zoo. So she decided to post a selfie on her Instagram.

The 22-year-old posted the pic of herself in her green zoo uniform with the caption “Whassup, y’all? At work serving these rude ass white people.” She then proceeded to actually tag her employer, the Brookfield Zoo, in the public post. 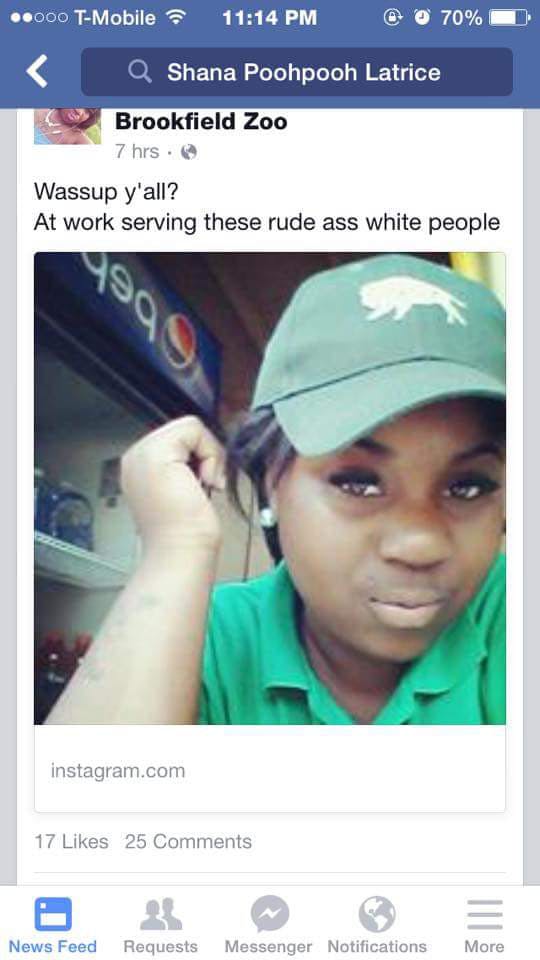 While tagging her employer in the post probably wasn’t the smartest move, Robinson probably couldn’t have anticipated what happened next. Her casual statement of annoyance at “rude ass white people” prompted the zoo’s patrons to explode with anger. Many posted outraged, sometimes outright racist, calls for Robinson’s termination on the Brookfield Zoo Facebook page.

After the local news media picked up the story, the Brookfield Zoo posted a public statement on Tuesday declaring “zero tolerance for these kinds of divisive behaviors.” The post also stated that the the zoo management took “prompt action to remedy the situation this morning.”

By Tuesday afternoon, however, the majority of comments on the Facebook page were in defense of the young employee.  “I won’t go to a zoo that silences employees when they talk about racism,” one zoo patron stated. Another commented: “You people all need to relax. If this is a real concern in your life it is time to reevaluate.”

According to the Chicago Tribune, Robinson was let go from her job after she posted the selfie. “We do not tolerate this behavior,” zoo spokeswoman Sondra Katzen told the Tribune.

But on her own Facebook page, Robinson made it pretty clear that she wasn’t overly concerned about the loss of her job. As of Tuesday evening, the only public posts on her profile are a photo of her flipping off the camera, as well as a statement posted on Monday dismissing claims that her “rude ass white people” remark was racist. 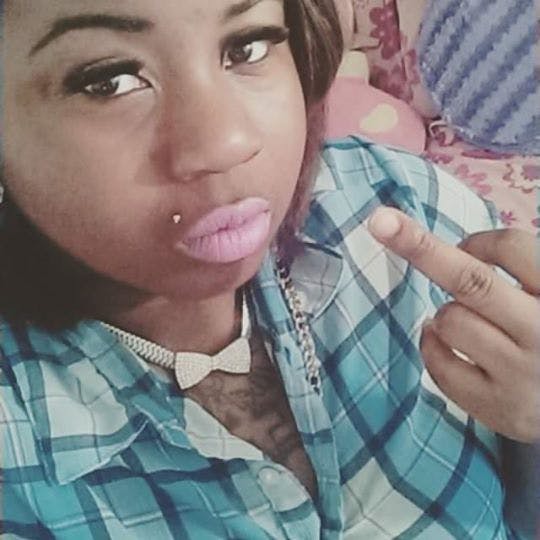