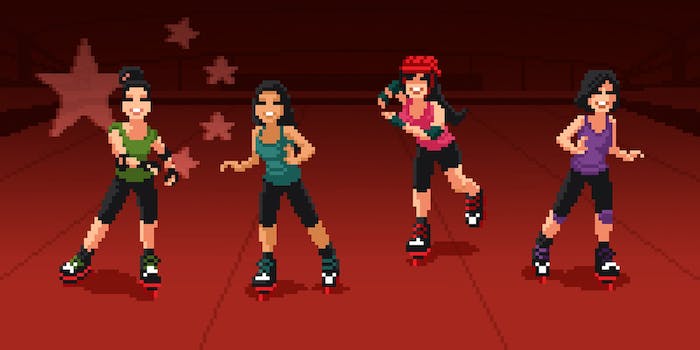 The misfits who made roller derby a thing in Beijing

How do you promote a sport to people who’ve never heard of it—without using Facebook?

Ask anyone in the roller derby community how their team communicates, and they’ll invariably say “on Facebook.” Known for being body-positive and queer-friendly, roller derby runs on the ethos of “by the skaters, for the skaters.” And social media is the easiest way to organize games, events, and fundraisers.

In the late 2000s the violent and fast-paced game began to spread across the United States and into Europe, in no small part thanks to the Internet. Now there are hundreds of roller derby teams worldwide—from Dallas to Dubai—with new leagues forming every year. It’s all coalescing online. Whether you’re borrowing a set of skate wheels, publicizing your team’s latest game, or quickly letting everyone know that practice is cancelled because your sports hall got flooded (this has happened to more than one British team), chances are you’ll be doing it on social media.

But how do you promote roller derby in a country that’s pretty much never heard of it, and where Facebook and Twitter are banned? That was the task faced by Jay Latarche and Annie Migli, founding members of Beijing Roller Derby.

Played on quad roller skates on an oval track (which is flat, to the disappointment of those who have seen skaters getting shoved off the banked track in the somewhat unrealistic 2006 roller derby movie Whip It), the game is played in two, 30-minute halves, composed of two-minute “jams.” Each team fields five skaters per jam: four “blockers” whose job it is to prevent the opposing team’s scorer, or “jammer,” from passing them, while trying to make space for their own jammer to get through. Oh yes, and players can hit each other—derby is a full-contact sport, one of the reasons that women playing it still draws so much attention. In fact, roller derby was initially played only by women, with men’s participation limited to refereeing: Men’s teams have been springing up since 2007 and many teams now train co-ed.

(For a quick guide to the rules of roller derby, the Women’s Flat Track Roller Derby Association has a handy video.)

Latarche, a keen derby skater with the U.K. team Milton Keynes Concrete Cows, traveled to Beijing in 2012 to work as an English teacher and, seeing that mainland China only had one roller derby team—Shanghai Roller Derby—set about remedying this straight away. As is standard for roller derby teams, Latarche set up a Facebook page for the team, and through it met Texan Annie, who was missing skating with her home team the San Angelo Soul Sisters and was thrilled at the prospect of roller derby in Beijing.

Determined that the team be accessible to Chinese natives and not just ex-pats like themselves, Latarche and Migli set about recruiting members. And it was here that they ran into major problems.

“In the beginning, we did try to use the Internet, but posts on Facebook, Twitter, etc. were useless because it couldn’t attract new recruits from within China. It only allowed outside guests and the derby community to know there was a league starting,” Latarche told the Daily Dot.

Access to Facebook and Twitter was completely blocked within China in 2009 following deadly riots in China’s Xinjang region, TechCrunch reported. Despite erroneous news in 2013 of a “free-trade zone” opening up in Shanghai where Facebook would be accessible, the sites remain completely banned by the totalitarian Chinese government.

Some users get around this by using Virtual Private Networks (VPNs) which allow them to hide their IP address—however, sites where you can download VPNs are also blocked by the Chinese authorities. Murong Xuecun, a Chinese writer who is strongly critical of what’s known as the “Great Firewall of China,” wrote last year that he is on his eighth VPN as a result of the shutdowns.

Either way, using VPNs limits your reach only to others who are circumventing the censors; no good if you’re trying to make contact with the general public.

Latarche and Migli found other ex-pats to join their team via the U.S., U.K., and Australian embassies in Beijing, and also recruited Chinese workers from the embassies who helped them translate materials, spreading the word through WeChat.

WeChat is a Chinese messaging app similar to WhatsApp, and by using it along with Weibo, a microblogging platform, and Douban, a social reviewing site, Latarche and Migli slowly started recruiting potential Chinese teammates.

Shanghai Roller Derby, founded in China a year prior to Beijing Roller Derby, also began with ex-pats. In an email to the Daily Dot, member “Tina Turnatrick” highlighted the barriers to using Chinese social media if you’re not a native. Tina said that while her team uses WeChat to organize practices, meetings, and social events, “unlike Facebook, in order to have an official WeChat page you have to have a Chinese ID number, which only native citizens have. This has forced us to get creative: Since a standard WeChat account is linked to a mobile phone number we simply used an old phone with a derby-dedicated SIM card to sign up for an account. It may not have all of the advantages of an official account but it will do for now until we get more members to join.”

But it wasn’t simply a case of tapping into Chinese social media and fielding applicants back in Beijing. When someone asks a roller derby girl about her sport, the simplest way of explaining it is to direct the questioner to YouTube, or a “roller derby 101” blog post or news article.

Since YouTube is banned in China, and Western content that explains roller derby also invariably got censored, “it fell to us to create everything we needed to not only recruit but explain the sport. There were a few mentions of roller derby on Chinese Internet pages, but all of them were posts like ‘What on Earth is this scary Western sport?!'” Latarche said. Roller derby’s associated image of large, fierce, often tattooed and pierced women on roller skates bashing each other off track also unsettled Chinese commentators.

However, since both Latarche and Migli had participated in the running of their home leagues, they put their marketing heads together and took derby to the local people. 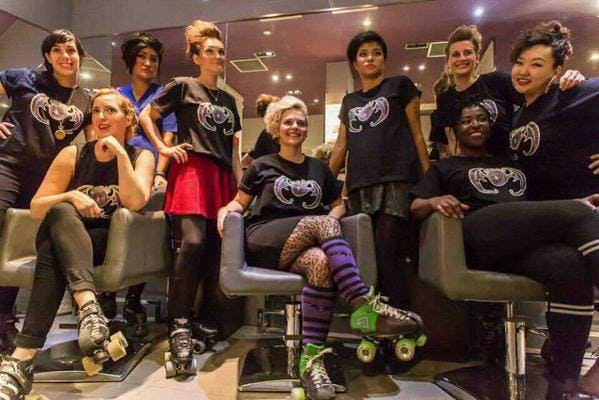 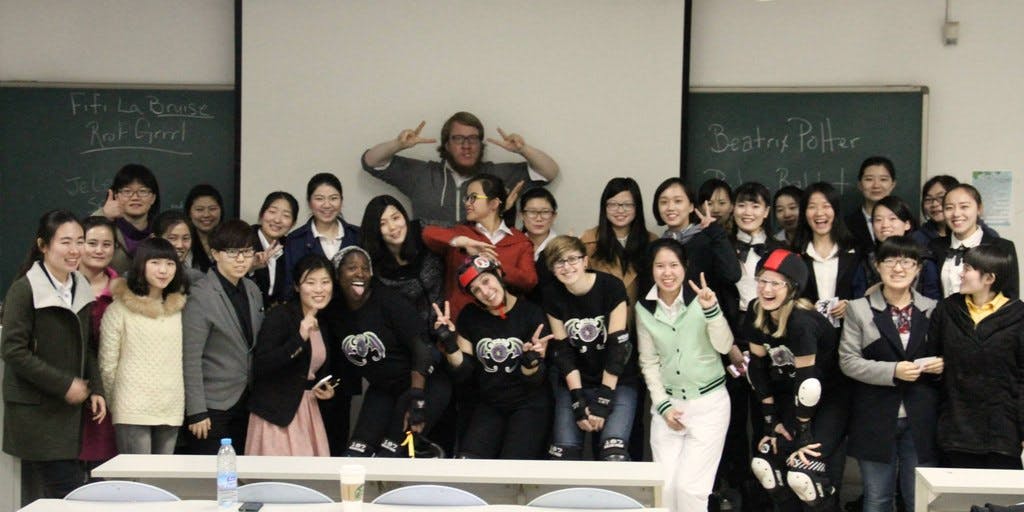 The team also functioned as its own advertisement, as initially the only venue they could find was an outdoor skate park, where their training sessions drew plenty of curious onlookers. The team now has access to an indoor venue, a relief after having to skate through snow and rain.

Latarche has returned to the U.K. but is still involved with promoting Beijing Roller Derby, which has now been going for more than two years.

“We are working on a series of videos and documentaries to post onto Chinese video sites like Youku [China’s answer to YouTube]. There’s also now an accessible documentary on a Chinese website about the league,” Latarche said.

By creating content in the derby desert that was the Chinese Internet, Beijing Roller Derby has paved the way for more teams to form (and more natives to join the sport). Turns out all folks needed was a point of reference.

Chinese roller derby has even gained a significant enough profile that the team is hoping to participate in a U.N.-sponsored inter-Asian derby tournament taking place in May. This will be run in partnership with U.N. Women, which is curating a #HeforShe event in Beijing.

Reliance on Western social media will continue to be a barrier to integration, but Beijing Roller Derby’s roster is evidence that with the patience, tenacity, and resources to meet the Chinese populace at its newsfeed, East and West can come together—if only to hit each other on skates.

Correction:  An early version of this piece misattributed a quote by Latarche.