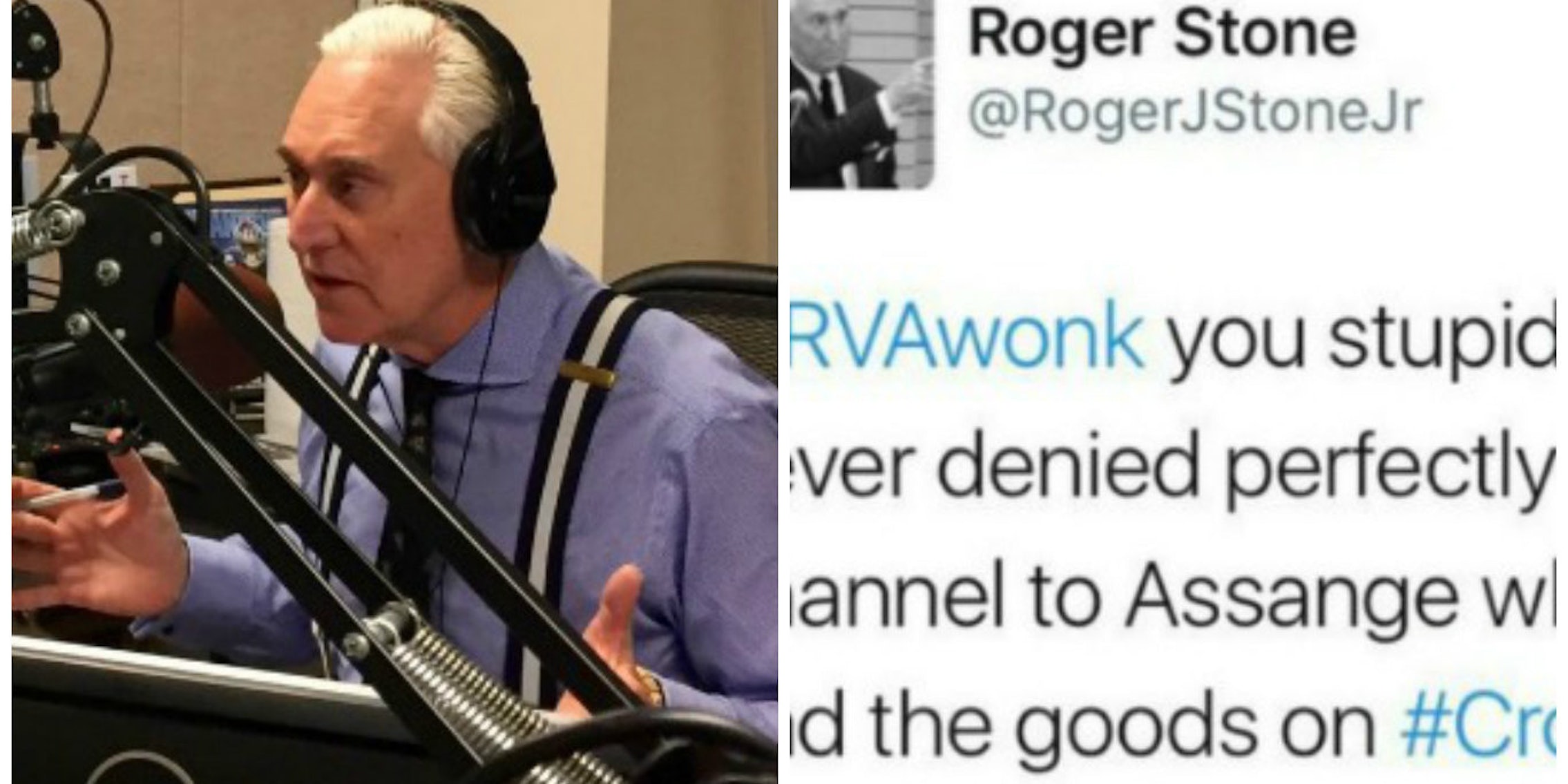 This was a nasty rant.

Roger Stone, a Republican strategist and a longtime adviser to President Donald Trump, went on a nasty, misogynistic Twitter rant Saturday in which he told a woman that he would force her to “eat shit” in court and called her a “stupid ignorant ugly bitch” while referring to CNN correspondent Ana Navarro as “fat” and “stupid.”

Here was Stone’s tweet to @RVAwonk, a self-proclaimed “#Feminist Scientist & Statistics Prof.” that appears to have been deleted.

Then, he tweeted this about Navarro, a Republican strategist who has been critical of Trump.

Stone, though, also managed to insult a male journalist as well.

Perhaps even more troubling, though, was Stone’s seeming confirmation, in a tweet that since has been deleted, that he had worked with WikiLeaks founder Julian Assange. This was his tweet, captured by the Huffington Post.

Stone told CBS News on Saturday that he thinks the FBI is investigating him for possible ties to Russia. Working with Russia is something Stone has denied.

“Sure they’ll get my grocery lists, they may get the emails between my wife and I, but here’s what they won’t get—any contact with the Russians,” Stone told CBS.

He also told CBS that he didn’t have direct communications with Assange, though his tweet and a comment he made last summer seem to contradict that.

This man is an advisor to the leader of the free world. This guy, right here. #rogerstone pic.twitter.com/brxqZAfw09