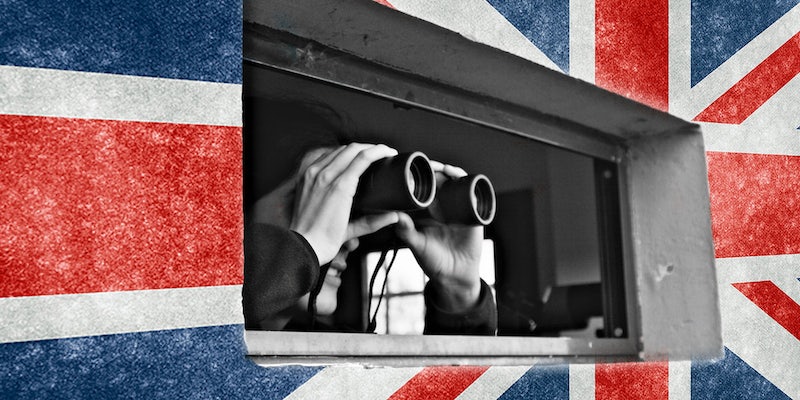 This is not how this law was meant to be used.

British police are to be forced to disclose their use of anti-terror legislation to investigate journalists as part of a new investigation by the U.K.’s top interception official.

After the Mail on Sunday revealed this weekend that British police had used the Regulation of Investigatory Powers Act (RIPA)—a piece of legislation designed for combatting terrorism—in order to uncover one of the newspaper’s sources for a report implicating a government minister in perverting the course of justice, acting Interception of Communications Commissioner Sir Paul Kennedy announced on Oct. 6 an enquiry into the use of RIPA against journalists throughout the U.K.

“Today, I have written to all Chief Constables and directed them under Section 58(1) of RIPA to provide me with full details of all investigations that have used Part 1 Chapter 2 RIPA powers to acquire communications data to identify journalistic sources,” Sir Kennedy said in a statement, Press Gazette reports. “My office will undertake a full inquiry into these matters and report our findings to the Prime Minister and publicly so as to develop clarity in relation to the scope and compliance of this activity.”

RIPA allows investigators to sidestep the need for official authorisation from a court to seize information for an investigation, the Guardian reports, instead only requiring approval from “a senior officer.”

British tabloid The Sun has also been subjected to the seizure of phone records—in their instance, those of their political editor, Tom Newton Dunn. The paper lodged a formal complaint on Monday, describing the spying on Dunn as “an assault on a free press.” Data obtained was used to uncover and punish officers who had—legally—leaked information relating to “Plebgate,” an altercation between the police and a government minister in which the police were later found to have been lying.

The Sun is seeking a public hearing of the Investigatory Powers Tribunal, in parallel with Sir Kennedy’s inquiry, to examine whether Dunn’s human rights were breached by the spying.

The British Metropolitan police at present refuses to disclose how many times it has used RIPA anti-terror laws to target the sources of journalists—but Sir Kennedy’s enquiry promises to make its results public, meaning the true number may soon be known for the first time.

Photos by kangrex/Flickr (CC BY 2.0) and Free Grunge Textures/Flickr (CC By 2.0) | Remix by Fernando Alfonso III