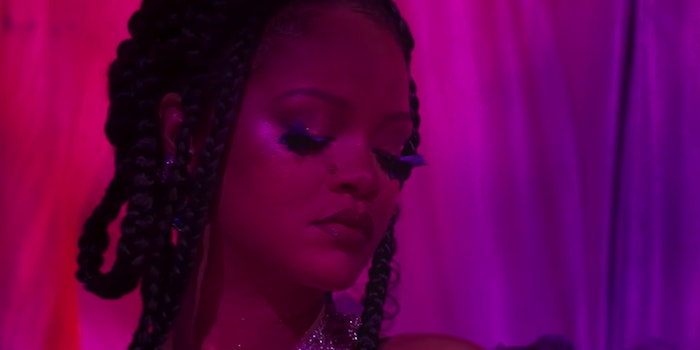 Rihanna has since penned an apology to the Muslim community.

Rihanna released her second fashion show for Savage X Fenty on Amazon Prime Video Friday. When watching the show, her Muslim fans noticed that one of the songs used in the show included a chopped and remixed Hadith, which is an Islamic scripture.