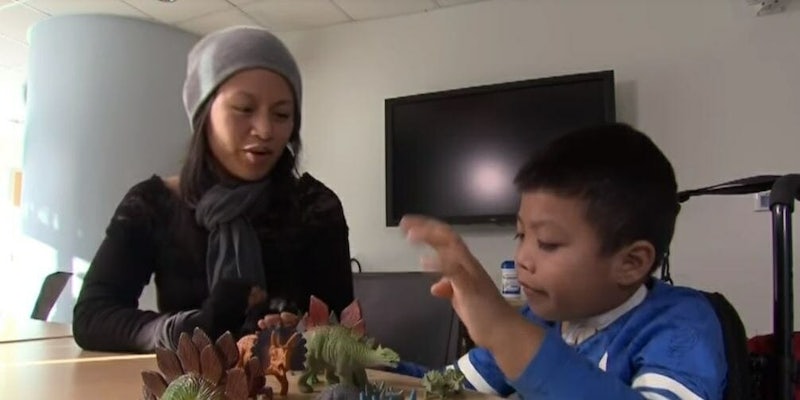 Primary supporter, caregiver of paraplegic child to be deported by Detroit ICE

His fiancee says she can't financially support her son without him.

In February, 6-year-old Ricky Solis was in an auto crash that left him paralyzed from the waist down, along with dozens of other serious injuries. Now, the Detroit office of U.S. Immigration and Customs Enforcement says it will deport Solis’ sole provider and trained medical caregiver, Yancarlos Mendez.

According to the Cincinnati Enquirer via USA Today, Mendez—a car mechanic from Springdale, Ohio—has lived with the boy’s mother, Sandra Mendoza, since 2014. Mendez is engaged to Mendoza and is the only father that Solis has known.

When Solis became paralyzed, Mendez and Mendoza had to undergo medical training, including 24-hour supervision, before Solis could be discharged.

In November, Mendez was sentenced to 30 days in Butler County jail for driving without a valid license for the second time. According to ICE, Mendez has a dual citizenship in Spain and the Dominican Republic, and he entered the U.S. under the Visa Waiver Program but stayed past the program’s terms of two years.

While in jail, the sheriff’s office contacted immigration officials with information about Mendez’s arrest. After the 30 days, Mendez was placed into federal custody and transferred to Morrow County Jail, where he’s remained since.

Nazly Mamedova, the family’s immigration lawyer, applied for a one-year suspension of deportation, but after being contacted by the Enquirer, the Detroit ICE office released a statement saying Mendez was ineligible for agency relief and that he will be deported. However, Mamdeova has been told by an ICE caseworker that denial of Mendez’s extension has yet to be received.

While Solis receives Medicaid, Mendoza has quit her restaurant job to care for her son and says she can’t pay her $565 rent without her fiancé. Additionally, Solis has ongoing internal bleeding and will undergo additional surgery in February.

“I can’t believe this. Why is this happening?” Mendoza asked the publication.