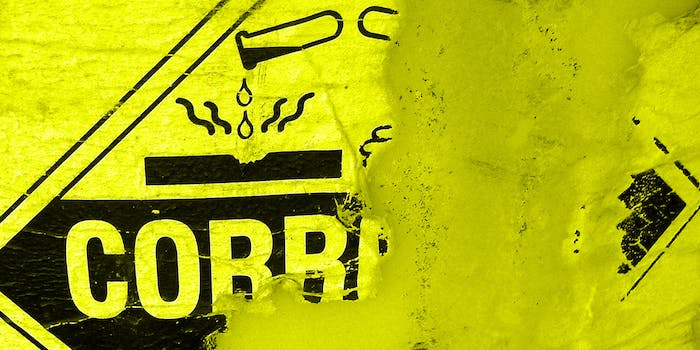 "I never intended to kill his penis," the girl said following the attack.

A 25-year-old South African man named Humphrey Khoza learned this the hard way after he filmed himself having sex with his 17-year-old girlfriend and posted the footage on the Internet. When she saw what he had done, Khoza’s girlfriend decided to teach him a lesson by pouring acid on his genitals.

“I never intended to kill his penis,” the girl told a reporter from the Times Live of South Africa. “I was just angry and all I wanted was to make him feel the pain I was feeling.”

Well, that’s certainly one way to go about it.

According to the Times Live, the girl—whose name cannot be published because she is a minor—attacked her boyfriend after discovering that he’d uploaded the sex tape to the Internet without her permission. (Khoza maintains that while he did take the footage without her permission, he did not intend to upload it to social media.) The girl also was unaware that Khoza had not used a condom during sex.

When the footage went viral, the enraged girl grabbed a bottle of corrosive acid from her father’s toolshed and confronted Khoza at a local pub, where she poured the acid all over his genitals.

The most shocking part about this story, however, is not the method with which the girl sought revenge, but rather the fact that Khoza seems remarkably blasé about his former lover having poured corrosive acid all over his penis.

“Even if I press charges it is useless because it won’t bring back my manhood,” says Khoza, who now has to undergo surgery and urinate through a tube. “Her being in jail will just ruin her future because she is still young and I do not have the energy to attend courts.”