Did this woman really send her ex-boyfriend a NSFW revenge selfie on FaceTime?

There are many ways to make an ex jealous. You can text him coy selfies and pretend it was a pocket dial. You can show up at his favorite bar with a new trick on your arm. Or you can FaceTime him while giving oral sex to another man—who will then post the whole NSFW show online. 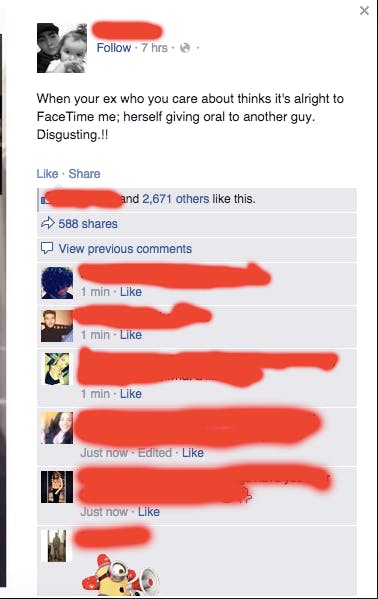 …and the cold expression of a man plotting revenge by humiliation. 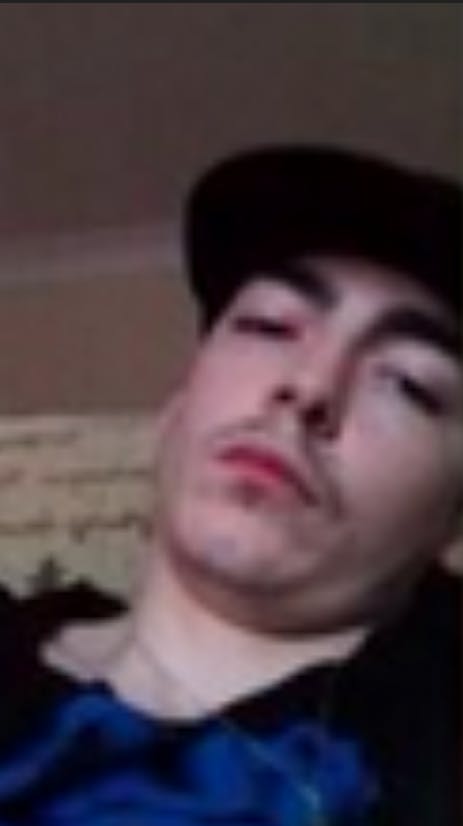 The photo is now going viral on Reddit, where it’s attracting the vile, brain-dead, misogynistic comments you might have come to expect (link NSFW).

But the story raises some obvious questions, too—questions that might imply the whole thing is staged. For starters, Facebook has some pretty stringent restrictions on adult content. Considering how easy it is for a breastfeeding mom or mastectomy survivor to get banned from Facebook, it’s hard to believe that a photo of a woman of indeterminate age giving oral sex would be on Facebook long enough to get thousands of shares. However, violent sexual content has been known to go viral on Facebook, collecting tens of thousands of shares before administrators finally shut it down.

But assuming it is legit, it’d be far from the first time a jilted lover has tried to humiliate his ex by posting pornographic photos on social media. Even if this woman did intend to taunt her ex-boyfriend during a compromising moment, that doesn’t justify posting the images for all to see on a forum like Reddit, which has finally banned nonconsensual sexual photography after years of controversy. In fact, you can serve time for posting non-consensual pornographic photos in a number of states.

We’ve tried to track down the source of the photo, and we reached out to the original poster, to no avail. But here’s hoping these two can work out their differences. Clearly they deserve each other.

As Shakespeare wrote: “O, beware, my lord, of jealousy/It is the green-eyed monster, which doth mock the meat it feeds on.”