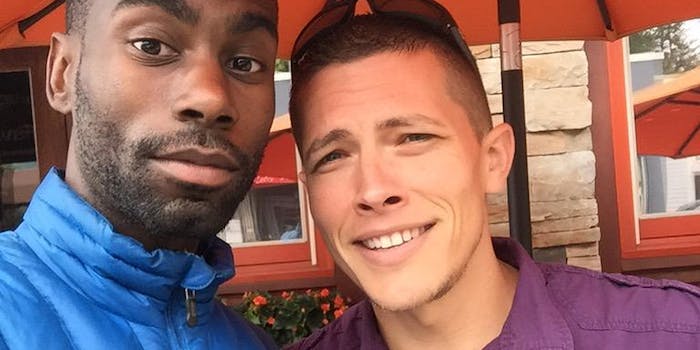 Ex-Baltimore cop tweets about racism and corruption in the department

'BPD has had the city violate contracts, refuse payment, steal from the pension, & more'

Thirty-five-year-old Michael A. Wood was a Marine Corps veteran before he began working for the Baltimore police department, where he remained for 11 years before a shoulder injury forced him into retirement. His early years in the force placed him in the poorer areas of West Baltimore, where he was trained, and where he saw a lot of indecent behavior while making his (mostly drug-related) arrests.

In the wake of Freddie Gray’s death while in police custody, and the resulting riots, Wood took took to Twitter last week, and began to tweet some of the things he witnessed during his time on the force. These are a few of them, taken in no particular order.

On racism, and unacceptable actions taken by officers in poor districts:

On corruption within the department:

Wood’s big change of heart came when he was assigned to covert surveilence duty in West Baltimore. It was during this time that he, for the first time, listened to the people that he’d been previously viewing as enemies, and realized something important: Humans lived in these neighborhoods.

“I would stay in a vacant building all day. I would smell people’s cooking, hear them talk about their problems,” he told Buzzfeed News. “Sometimes I would see a drug dealer put something away quickly and run to a car. I’d think something was going on, but then he would pull his kid out of the car and take him home.”

Wood believes that training officers in violent districts creates an us-against-them environment, and creates the perception that citizens are enemies; that it forms, from the very beginning, a concept of an emotionally unbiased cop being the definition of a hero. He now feels differently about that definition:

“A hero is the guy who hesitates before shooting, the guy that takes the risk of being shot himself for the sake of not killing an innocent person.”

For now, Wood intends to go into academia, to help teach empathy to potential law enforcement officers before they hit the streets.

“The whole thing is about policing with empathy,” he said. “That could maybe change everything.”