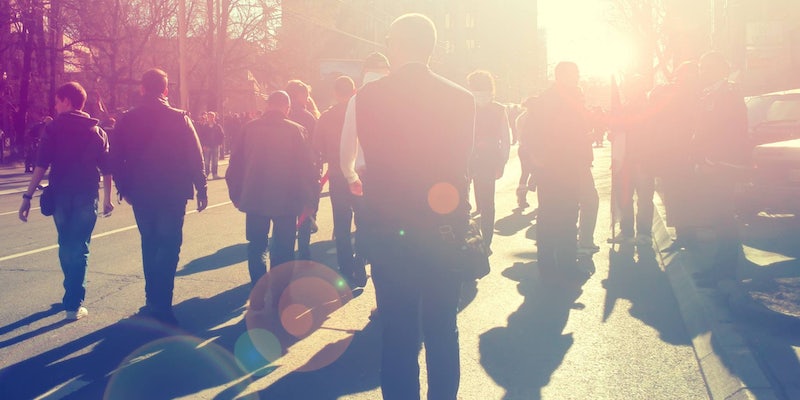 Let this wiki be your guide to fighting for your rights.

In recent polls, a majority of Americans disapprove of Donald Trump. In fact, he may be the least popular incoming president of the past four decades. He also lost the popular vote. These numbers, along with the drastic nature of many of Trump’s campaign promises, mean there are millions of Americans looking for ways to organize against and resist the upcoming administration.

If you’re one of them, the Resistance Manual may help.

Today we launch The Resistance Manual, an open-source platform to compile information/resources to resist. https://t.co/Q2IDs04bnn

Launched today by Stay Woke and Campaign Zero, the Resistance Manual is an editable wiki guide to various political issues and how to best combat them. And it’s one of an increasing number of public resources, such as We’re His Problem Now and Indivisible, that are introducing people to effective political action.

“What’s clear is there are over 100 million people, really the majority of folks in this country, who disapprove of this incoming administration, who are frustrated and looking for a way to continue making progress toward those goals of justice and equity that seems so at risk now,” Sam Sinyangwe of Campaign Zero told the Daily Dot.

Some of the issues addressed are mass incarceration, protecting the environment, and LGBTQ rights. And while it’s not comprehensive (a disability rights section is an obvious omission), the idea is that the site will grow with the contributions of other advocates and experts. “What’s important is that there are so many people accessing and contributing to the site. This is bigger than any one group or organization,” says Sinyangwe.

Many of these guides, as well as the advice circulating around the internet, focus on the basis of political involvement. Call your senators. Attend a march. Donate to the ACLU. Vote in down-ticket elections. But these actions can feel at once overwhelming and ineffective. What do you call your senator about when there are 15 issues for you to choose from? And no matter what you argue, will they actually listen?

Sinyangwe hopes the Resistance Manual can ease those anxieties by providing specific tools. “Part of what we’ve included on the site are tools of resistance. How do you organize, how do you use technologies to communicate, how to crowdfund a political campaign and run for office—all the things that are important to engage in the political process,” he says.

There are state guides that list local organizations and pertinent state laws. There are tools to track legislation and videos to learn about immigration rights. And, ideally, more resources will be added every day.

“There are not enough full-time activists and advocacy organizations to handle the immense demand of the moment,” says Sinyangwe, “so we have to figure out how to build the capacity to the millions of people who want to get involved to be as good as the professionals.”

While the Resistance Manual is a collaborative effort where disagreements on policy will surely happen, Sinyangwe says it’s not a free-for-all. “It is not a space where any agenda is represented just because it is different than Trump’s agenda,” he says, and it’s grounded in equity, social justice, and an emphasis on protecting vulnerable and marginalized groups. And any edits are reviewed to avoid, at best, misinformation and, at worst, racist trolls.

Despite those safeguards, the manual’s goal is to harness the collective knowledge of Americans who want to resist—whether their expertise is in global policy or community organizing. “When you think about Wikipedia, they’re designed to crowdsource contributions from people effectively and to build a knowledge base that’s greater than any one group or organization,” says Sinyangwe. “It’s reflective of the body of knowledge that’s out there.”