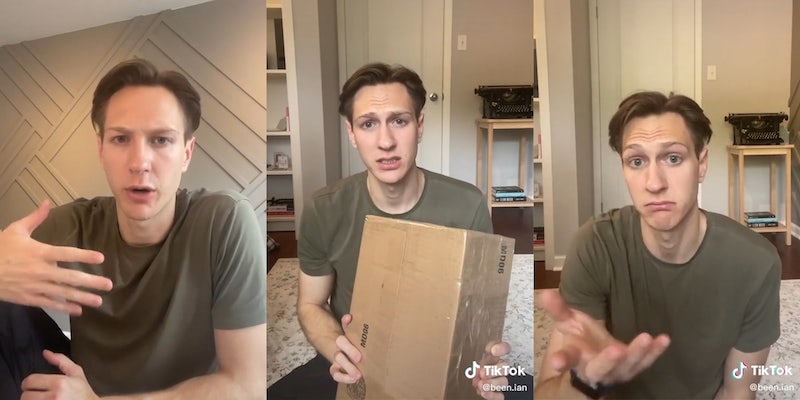 ‘I did do something petty’: Man fired from his remote job gets revenge on former company

'When life throws you a curveball.'

As the country nears a recession, companies are reportedly laying off employees. In a viral video, TikToker Ian (@been.ian) shared his experience of recently getting laid off and how he got back at the company in a small, petty way.

Ian starts by explaining the company let him go due to the economy, and because he was in charge of onboarding new hires, there wasn’t a need for him at the moment. (He reveals in a follow-up that he worked for a tech startup.)

“What’s hitting me now is just how difficult it’s going to be to mail my computer back,” he says. “If any HR professionals are watching this, could you please stop sending shipping labels to return our equipment?”

“Pretty sure this has been covered elsewhere, but we don’t own printers,” he adds.

He says he was very respectful to the company upon leaving and has been cooperative with human resources (HR). However, Ian says he “did do something petty though.”

Ian says he wrapped the box containing his laptop completely in tape. However, he claims he is not good at being petty. He says the tape will only take “5 minutes and an Exacto knife” to get through.

“I still feel like a bit of a failure,” he says. “I have no idea what’s going to happen next, and I guess, in the meantime, I’ll just be here making jokes. They’ll just be about job searching instead of job-having.”

Ian’s TikTok account is dedicated to workplace jokes and skits, and his video was viewed 130,000 times.

“When life throws you a curveball, use all the tape,” Ian quipped in the comments section.

Also in the comments section, users had their own suggestions for the TikToker, who has 45,000 followers.

“I honestly would have wrapped it in 10 more boxes for ‘safety,’” one suggested.

“Cover everything in tape IAN everything,” another urged.

But it was another tactic that caught Ian’s attention. “I fully thought you were just going to slap a shipping label on the laptop itself and ship it back,” one user said, to which Ian responded: “Where were you when I was filming this, genius.”