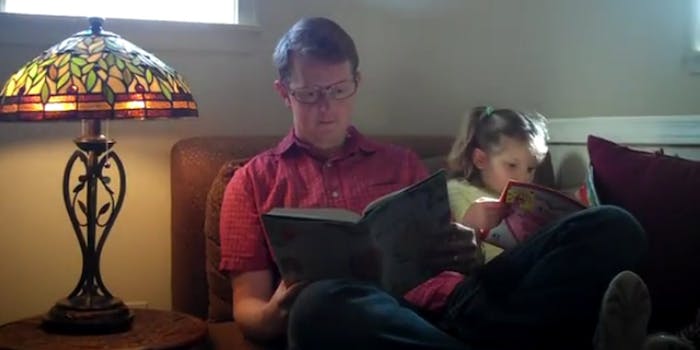 Since Tuesday, redditors have raised more than $16,000 in books for classrooms in need. And they’re just getting started, according to Dan McComas of RedditGifts.

“$16,000 is a great start,” McComas told the Daily Dot. “If it stopped right now, I’d be totally happy. There are a bunch of teachers who are super happy.”

McComas said he plans to run the fundraising drive through the end of March. That’s a lot of time to make a lot more teachers—and kids—happy.

The fundraiser is powered by DonorsChoose, the online social donation platform. Together with Reddit, they’re smartly matching book requests to communities on Reddit.

So DonorsChoose and RedditGifts matched her request with Reddit’s science-fiction and fantasy book communities. Thanks to their efforts, McGillem is now only $50 away from her goal.

“My students checked my DonorsChoose page recently and were ecstatic to see the progress toward the goal amount,” McGillem wrote early this morning on her class’s DonorsChoose page. “They can’t wait to have these titles available to them!”

RedditGifts, originally a user-run project that Reddit acquired last Fall, is an ongoing effort to marshal the social news site’s community to do good things. Run by McComas and his wife, Jessica Moreno, the project’s most famous for its annual Secret Santa gift exchange—the largest in the world.

The DonorsChoose fundraising campaign is actually just one part of RedditGifts’ latest endeavor—the Reddit book exchange.
It’s a Secret Santa for bookworms: Redditors mail each other books, based on their interests, posting history, or even just an Amazon.com wish list.

RedditGifts has lassoed in a few big name authors to help publicize the project, including Jeopardy star Ken Jennings and Tim Ferriss, the self-help guru. (That’s Jennings, above, reading to his daughter.)

Each person who signs up for the exchange gets a code from DonorsChoose that they can redeem for a matching donation.

What’s that mean? If you decide you want to donate a little money to, say, McGillem’s English class (or any of the other dozens of needy classrooms), just punch in your code. DonorsChoose will double your donation.

There are no losers in this latest RedditGifts experiment. But it’s fair to say there are winners.