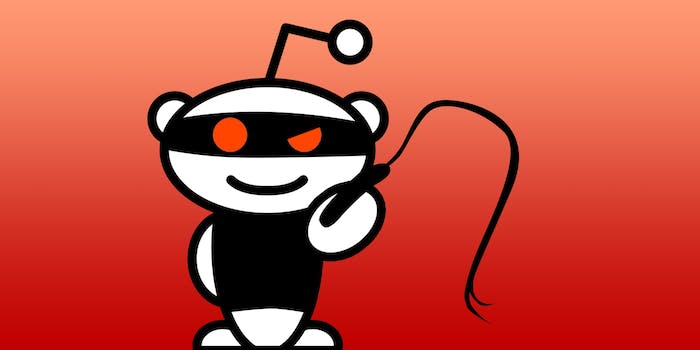 They say "sex sells," but this community takes that phrase a little more literally.

Capitalism is a strange and beautiful thing. If you want to buy a pair of used panties on the Internet with just the right amount human waste on it, you’re spoiled for choice. Here’s another marketplace right up that alley.

“Sex sells” isn’t just a universal truth, it’s also the name of a subreddit in which enterprising naked people can sell anything at all as long as it gets someone off.

Instead of limiting itself to the tame world of used panties, Sex Sells has a list of product categories that might impress even the most sexually liberated among us:

Prostitution is against the rules at Sex Sells, but if you’re willing to fork over the cash, a model will create a personalized video for your fantasy in just a few hours.

The subreddit’s most popular items are videos, sex toys, and clothing from one particularly successful seller.

Of course, this is far from the Reddit community’s first step into selling sex-related products. Bitcoin strippers have been cashing in on the cryptocurrency’s boom for years. Fetish items and cam shows are easy enough to find on the site. For guys looking to sell their underwear, the choices are a bit more limited.

But the people behind Sex Sells hope to give everyone the option to sell what they want by becoming “the largest and most friendly adult marketplace on Reddit.”

Of course, it’s nice to see a sex-positive marketplace that lets people be who they are with no judgement—but damned if it isn’t incredible to see the enormous spectrum of stuff that gets people off.