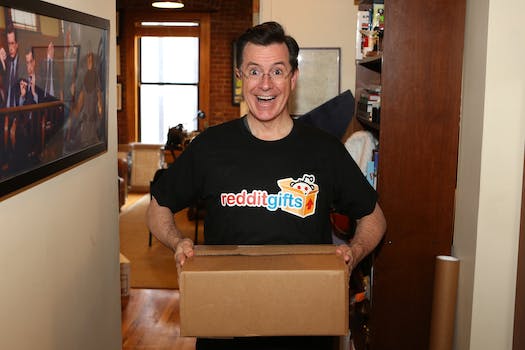 The campaign to match charitable redditors with soldiers stationed abroad has already reached 2,000 participants, but not everyone approves of the mission.

Reddit’s charitable arm has inadvertently stumbled into controversy, proving that even good intentions are not always enough to assuage the site’s often intensely critical audience.

On its face the campaign hardly seems controversial. RedditGifts, which runs Reddit’s secret Santa exchange every year (the largest in the world), wants to expand its charitable work to send care packages for troops stationed abroad.

Troops can sign up at the RedditGifts home site, where they’ll get matched with a redditor who’ll send a package of gifts. Stephen Colbert, a longtime fan of the site (and who’s quite familiar with its charitable power), was the first to sign up.

Nothing wrong with that idea, right? Not on Reddit.

“An admin of Reddit Inc. has posted a Support the Troops Gift Giveaway directly to the front page. This is a blatant move to gain mainstream media attention and increase Reddit’s userbase.” — redditor Empire_of_illusions.

“I’m not one to jump on conspiracy theories, but this is a bit weird …. I’d like to receive an honest answer from the reddit administrators on this question: Is this a paid advertisement campaign?” [Emphasis not added.]

It’s not a paid campaign, as Reddit cofounder Alexis Ohanian explained in the video below and on Reddit. Ohanian came up with the plan after meeting with some redditor troops.

More legitimately, many redditors voiced concerns that care packages ought to go to citizens of war-torn countries, not soldiers of an occupying army. Redditor revolting_blob wrote:

“No way, man. Not until we’re also sending redditgifts to the innocent people whose lives those troops are destroying.”

Similarly, others pointed out that charitable organizations—such as medical group Doctors Without Borders—might be a better target for Reddit’s charity.

That’s a wonderful idea. But it’s worth noting that RedditGifts’ troop exchange is not a limiting event. There’s nothing to stop the organization from running a fundraising drive for refugee charities or any kind of charity, for that matter.

Such a campaign would certainly fit with the RedditGifts modus operandi.

“We’d love to do something like that,” Dan McComas, RedditGifts’ cofounder, told the Daily Dot. “Despite the controversy, over 2,000 people signed up to give in 24 hours. That is 2,000 people willing to give something without receiving something. Pretty inspiring.”