Reddit raises $3,500 for Indiana man who lost home and cats in fire

Users of the social news site have rallied to restore the livelihood of a man and his lone surviving cat after an apartment fire.

Reddit users have raised more than $3,500 for an Indiana man whose apartment and three of his four cats were lost in a fire.

Sometime Sunday morning Vincent, who redditor Logan Fernandes (Ifernandes) called “mentally challenged,” left an unattended candle burning in his apartment when one of his cats knocked it over. Fernandes, 26, detailed the incident on the social news site.

“He came home to his house in flames. After being told there were no other people inside, the fireman were resigned to let the cats go. While the guy was having an emotional breakdown about losing his cats (“They’re all I’ve got!” he kept saying) one of the firefighters searched for nearly 15 minutes and found one alive. [H]e stayed outside giving it mouth to mouth and oxygen for 20 minutes until she started purring again. Needless to say, he’s fucking awesome.” 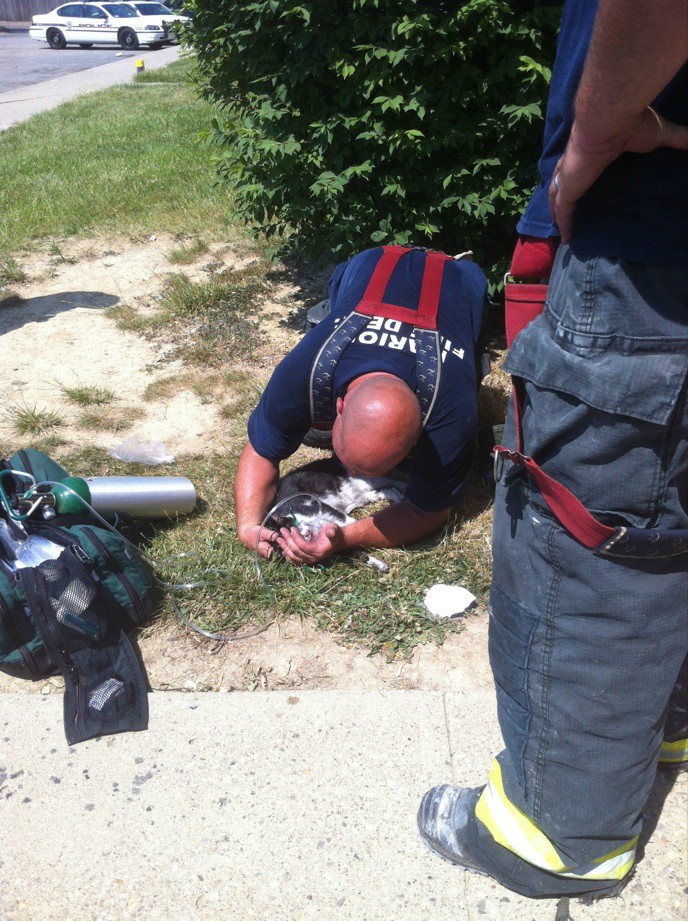 The cat that survived, Domino, was taken to a veterinarian near Marion, Ind., who told Fernandes and his mom, who manages the apartment complex Vince lives in, that the kitty was going to live.

“The vet did a chest X-ray and I guess the cat has one lung that is very black and one that looks a little black but good enough to sustain life,” Fernandes wrote. “[H]e says if she can hang in for a couple more days, then she should have no problem living a good life with Vincent.”

Fernandes’s mom has been trying to find Vincent a place to live while he stays with a neighbor.

Vincent’s entire cat-themed apartment was lost in the fire, including his “leopard skin rugs, cheetah spots, tiger stripes and stuffed animals and such.” Fernandes has been collecting money on the online donations platform, ChipIn, to help Vincent rebuild his home.

“My mom nearly had a heart attack when I told her. I’m going to leave the Chipin up until next Friday, at several people’s request. Afterward, I’m going to convert the donations into a check to give to Vincent, and I’ll be updating with some pictures,” Fernandes wrote. “Hopefully, I’ll also know soon who the fireman was, that way we can give him some recognition of some kind. Incredibly good deeds like that should not go unnoticed.”

The Daily Dot called Vince’s apartment complex, East Chase Village, Monday morning and found out that he was managing but “having a hard time with it.” We have also reached out to Fernandes for comment.