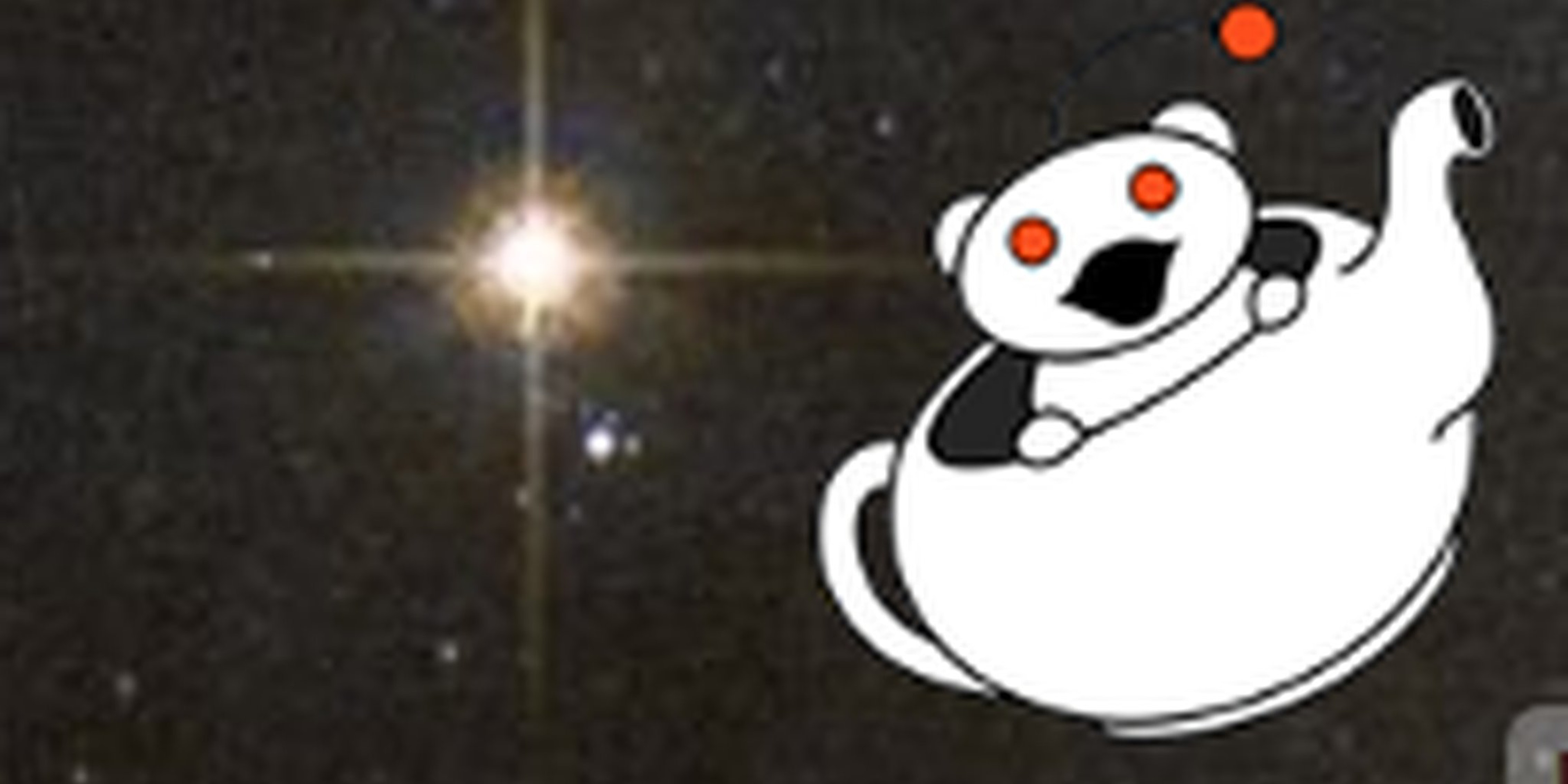 Using the site's upvote button to pledge support and issue challenges, redditors have helped raise more than $150,000 for Doctors Without Borders. The site's Christian and Islamic users are taking note too.

Reddit’s atheists are proving godlessness and altruism can coexist.

The subreddit community launched its second annual charity drive for the nonprofit Doctors Without Borders the week before Thanksgiving. After a relatively slow start, the drive exploded over the weekend. It was so popular it nearly brought down Reddit on Sunday.

Since then, the drive has surpassed its fundraising goal and raised bar nearly three times higher, from $75,000 to an astonishing $200,000. Current donations sit at around $155,779—and are climbing rapidly.

Redditors have taken an interesting approach to drumming up support: They’re using the site’s upvote button to issue challenges.

The biggest such donation splurge came from redditor zestyping, who promised $1 for every upvote and $10 for every donation in a 24-hour period. Earlier this morning, the redditor posted a screen shot showing he held up his end of the bargain with a $10,050 donation. Celebrities jumped in, too. Markus Persson, the creator of popular indie game Minecraft, donated more than $8,000.

“I’m an atheist, and I feel a moral obligation and personal need to donate to charities that need the money more than I do,” Persson, an active redditor, wrote on the site.

For a period on Sunday, Reddit’s front page was entirely dominated by these charitable upvotes. That activity almost brought down Reddit, according to the site’s admins. It also spawned at least one troll and also a fair number of complaints.

“Why let the number of upvotes determine the amount of money you donate to charity?” asked Shalashashka in a popular post in r/askreddit. “Why not just donate what you can instead of whoring imaginary internet points?”

The general community response seemed to echo a popular comment by redditor BlunderLikeARicochet: “Because these things are more participatory which encourages more people to give. This isn’t rocket surgery here. Those complaining are complaining about a system that results in more charity. Like that’s a bad thing.”

With nearly 300,000 subscribers, r/atheism claims that it’s “the web’s largest atheist forum.” With that kind of influence, it’s natural to ask: Is there a bigger point to prove by this donation push?

In the comments of the donation page on the FirstGiving site, donors seem to have developed a kind of rallying cry: “Good without god.”

“Don’t pray when you can actually help out,” donor BigAngry wrote on the same page.

For his part, r/atheism moderator tuber said he didn’t really have a point to prove.

“Speaking only for myself, I hope to improve lives, save lives, or both,” tuber wrote in a message to the Daily Dot. “Sending a message is not a significant motivator for me.”

Still, tuber’s statement does actually prove a point, and one with which many atheists would likely agree: personal values inspire charity as much religious ones.

Last year, redditors broke records when they partnered with Comedy Central star Steven Colbert to raise more than $600,000 for DonorsChoose. Just last week, the site users rallied behind an ailing 3-year-old boy, raising $50,000 to help pay for his medical costs.

In fact, Reddit seems particularly adept at driving fundraising—the same way it can drive the news or Internet memes, according to the site’s general manager, Erik Martin.

“Something starts to get momentum and snowball and people want to be a part of the story,” Martin told the Daily Dot. “And they’ve seen Reddit has done huge events like this in the past. and they know this thing might take off and I don’t want to be left out.”

In fact, r/atheism’s success has inspired some friendly competition with some of Reddit’s religious communities. Both the r/christianity and r/islam sections, which are much smaller than r/atheism in terms of total subscribers, have raised $14,416 and $1,501, respectively.

There aren’t really any losers to this competition. There are, however, winners: the hundreds of thousands of people Doctors Without Borders treats every year.