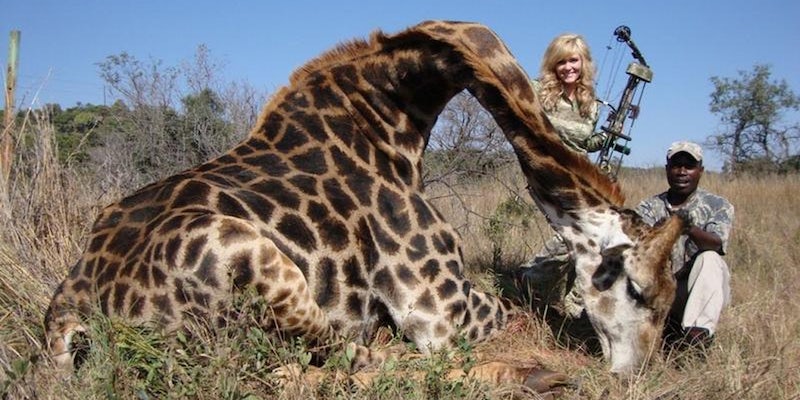 The hunter, Rebecca Francis, is receiving death threats for the photo, which depicts her smiling next to a dead giraffe.

It is a truth universally acknowledged that Ricky Gervais is pretty much the worst. So someone would have to do something pretty vile and obnoxious to make him look like a good guy.

That someone is Rebecca Francis, a 41-year-old hunter and mother of eight from Utah who regularly posts selfies with dead animals on her website. Gervais, who frequently tweets about animal rights issues, saw the photo and immediately posted the following tweet:

What must've happened to you in your life to make you want to kill a beautiful animal & then lie next to it smiling? pic.twitter.com/DyYw1T5ck2

Almost immediately, many of Gervais’ 7.5 million followers expressed disgust at the photo, calling Francis an “evil fucking bitch,” a “hideous excuse for a human being” and a “cuntress.” Some are even tweeting thinly veiled death threats.

@rickygervais Maybe she's a trophy as well? Ready to be brought home and be stuffed.

Although the photo is indeed disturbing, it’s far from the first time Francis, who won a 2010 US reality TV show competition called Extreme Huntress, has posted a selfie posing with her game. There are a slew of similar images on her website, featuring Francis posing with dead zebras, bears, and even lions. Her website also includes an exhaustive list of smaller mammals she has killed with a bow and arrow rather than a gun. 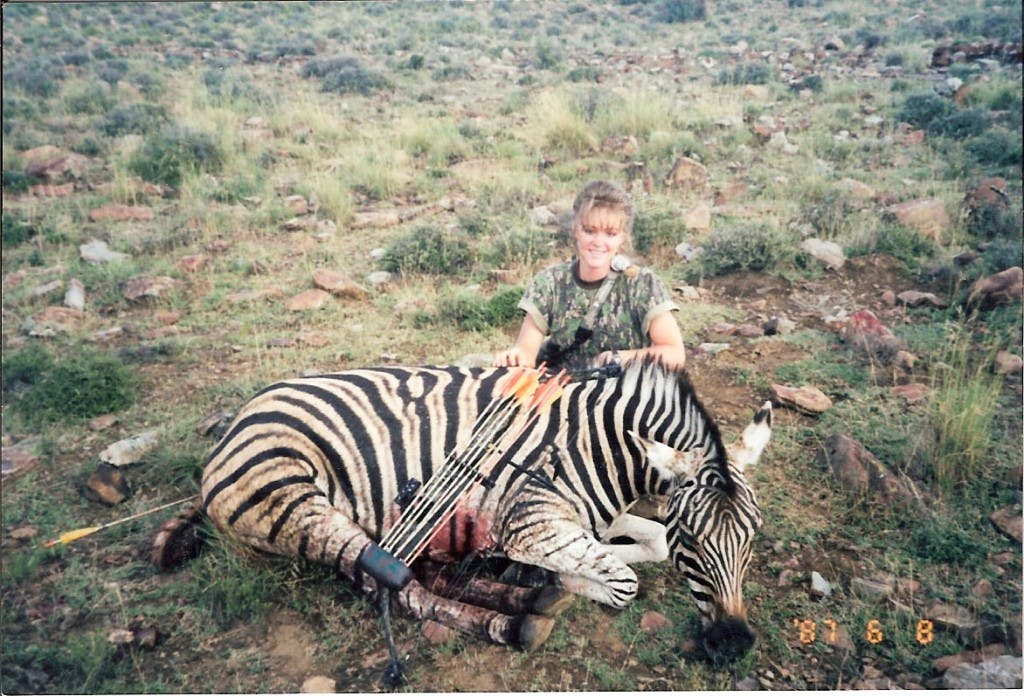 In response to the uproar over the photo, Francis sent an official statement to the website HuntingLife.com. She explained that she had shot the giraffe in the photograph five years ago after realizing it was too old and sick to survive in the wild.

“He had been kicked out of the herd by a younger and stronger bull,” Francis told the website. “He was past his breeding years and very close to death. They asked me if I would preserve this giraffe by providing all the locals with food and other means of survival. He was inevitably going to die soon and he could either be wasted or utilized by the local people. I chose to honor his life by providing others with his uses and I do not regret it for one second.”

Francis added that the locals used the giraffe’s corpse for meat after the photograph was taken. “They also took his tail to make jewelry, his bones to make other things, and did not waste a single part of him,” she wrote. “I am grateful to be a part of something so good.”

Francis is also not the first hunter to get flak for posting an image of her prey online. For instance, TV presenter Melissa Bachman also received threats and harassment in 2013 when she posted a photo of herself smiling next to a dead lion after a hunt in South Africa. The controversy prompted South Africans to launch a Change.org petition lobbying to bar Bachman from entering the country, with the author of the petition calling her an “absolute contradiction to the culture of conservation this country prides itself on.”