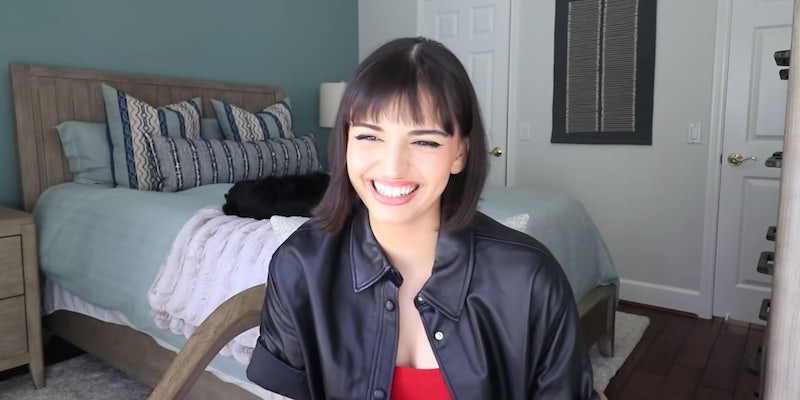 Rebecca Black comes out as queer

'I think, to me, the word queer feels really nice.'

Rebecca Black, the singer known for her 2011 song “Friday,” just came out as queer.

The singer, now 22, released her first track when she was only 13. In the years since, she has built a solid following as a content creator on YouTube. Black currently has 1.4 million subscribers on the platform. She’s come a long way from her almost universally-reviled first release.

On a recent episode of Dating Straight, a podcast that offers dating advice from “your gay best friends,” Black delved into her sexuality. She told co-hosts Amy Ordman and Jack Dodge that she didn’t so much “come out” as “popped in.”

She said she feels like she is still in the process of coming out. “It’s something that, over the past few years, I’ve obviously been having conversations with myself a lot,” Black said. “I think, to me, the word queer feels really nice.”

Black said that she has dated “a lot of different types of people” over the years. Some days she feels “a little bit more on the gay side,” but overall, the young musician doesn’t know what the future holds. She recently ended a “pretty long relationship” with a girl and isn’t looking to start dating again anytime soon.

“I don’t really want to date right now, but even if I did I have no choice,” Black noted. “Unless I wanted to, like, get on Raya and… Skype date people? No. I don’t want to do that.”

It’s not the first time Black has hinted toward being a member of the LGBTQ community. According to the Sun, a fan asked her if she was part of the community earlier this year.

“One of the things that I love about the LGBTQ community is that they embrace inclusiveness,” Black told the fan. “I definitely see sexuality as being on a spectrum. You can definitely be on one end of the spectrum or the other. With there being a spectrum, there is this huge middle ground. I definitely see myself as being on that spectrum.”