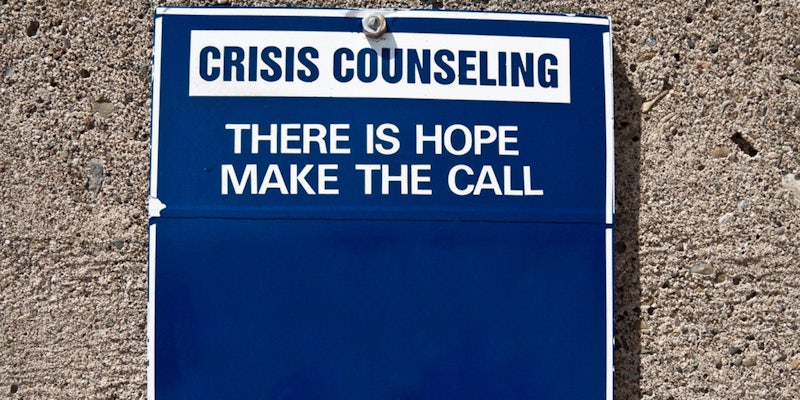 One tweet can save a life. That's the message a street nurse and cop in Toronto are trying to convey with Real Time Crisis.

One tweet can save a life. That’s the message a street nurse and cop in Toronto are trying to convey with Real Time Crisis. For the last 18 months, Anne Marie Batten and Officer Scott Mills have been reaching out to people on social media who are sending concerning and suicidal tweets, TheStar.com reports. Now they have established a team of specialists who comb social media 24 hours a day trying to help people who are on the edge.

“We’re there in real time with someone on the edge of the railway tracks and no one else is doing that,” Batten told the Star.

Mental health has been in the news north of the border recently because of the death of an emotionally disturbed 18-year-old man who was shot by Toronto Police in July. The police department has been sharply criticized for its response and the officer who shot the man has since been charged with murder. But similar incidents could be prevented with groups like Real Time Crisis.

“We’d rather not shoot somebody that’s in crisis,” Officer Mills said. “Police intervention has to be the last resort because in many cases that makes the situation much worse.”

Three years ago, Mills met a man who had threatened to kill police officers. Realizing he was mentally ill, the police officer decided to help him and reached out to Batten to assist the man in figuring out the mental health system in the city. That collaboration set the foundation for Real Time Crisis project.

Batten said more and more people are using social media to express their fears and suicidal thoughts. When that happens, friends usually notify the police, who in turn reach out to Real Time Crisis. Batten or one of the other specialists will then tweet at the person—something as simple as “Can I help.” After that, the conversation is moved to private direct messaging. Batten said people often feel more comfortable sharing what’s wrong over the internet, especially as smart phones grow in popularity.

“When you’re talking with someone on social media, it’s unbelievable how open people will be,” she said. “They feel safer online.”

Batten and Mills are now trying to partner with police and mental health officials in Toronto to set up a fully staffed crisis center. The have recently secured office space and envision a massive team of professionals working out of a computer and smartphone bank.