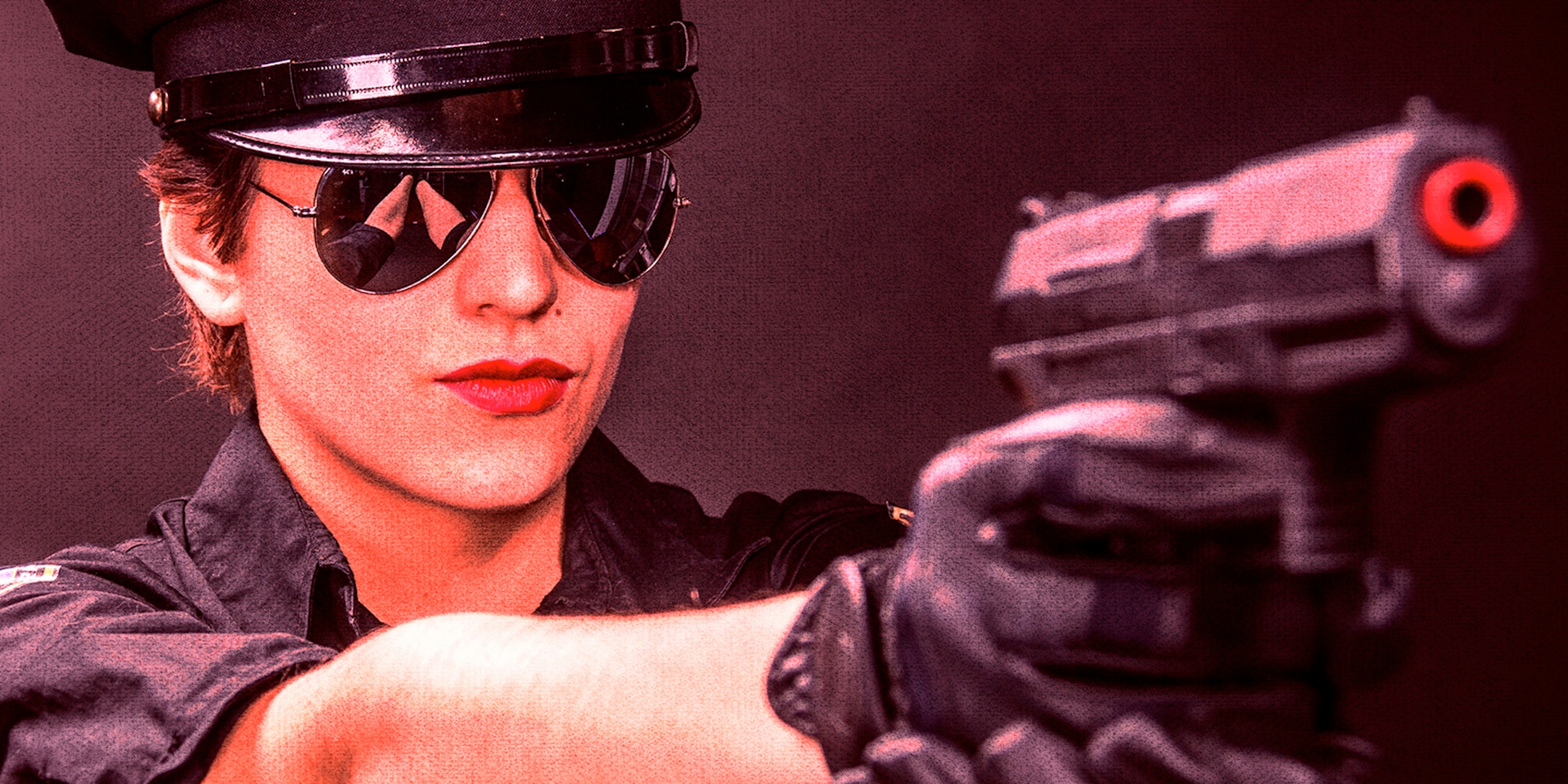 In the future, cops will take control of your self-driving car from the outside.

Imagine this mind-bending scenario: A police officer spots a suspicious-looking car. Using a mobile device, the officer interfaces directly with the vehicle to discern the identities of the passengers and a location history of where it had been.

The officer then instantly conducts a criminal background check on each of the individuals inside and determines if they have any outstanding any outstanding local, state, or federal warrants and matches visual scans of their faces to a national mugshot database.

This story sounds like science fiction and, to a degree, it is. However, a world where law enforcement officials have all of those technologies at their fingertips isn’t all that far away.

Internet of Things devices could “monitor these individuals’ stress levels, drug use, or states of arousal (for sex offenders).”

Seeing the future barreling toward us, the RAND Corporation last year brought together 16 criminal-justice experts and technologists at the behest of the National Institute of Justice. The result of their collaboration is a report outlining how law enforcement leaders can prepare for the next generation of criminal justice.

They came up with 45 specific recommendations for ways in which the law enforcement community should do more work in adapting to the new technologies that are rapidly changing their field. If nothing else, the report shows what high-tech law enforcement is likely to look like as the 21st Century progresses.

The top overall need identified in the report was establishing live video-conferencing services to correctional facilities that would allow officials, like parole officer, to virtually meet with inmates prior to release without having to physically go to the correctional facility.

The report notes: “Prisoners might be able to better maintain family connections, build connections with their parole officer and social service providers, and generally improve their transition to civilian life through easy and inexpensive videoconferencing—all while intelligent agents monitor their communications to flag any discussions that appear to reference criminal activity.”

Another urgent issue, the report found, is developing a set of procedures and policies for dealing with self-driving cars. Because states like California have been giving permits for self-driving cars to drive on public roads since last year, law enforcement officials are already having to play catch-up when it comes to autonomous vehicles.

The experts urged law enforcement leaders to work with state and federal transportation officials to come up with workable policies surrounding self-driving cars. While developing an interface for police officers to remotely take control of a self-driving vehicle is certainly eye-catching, the authors insisted developing those capabilities were a relatively low priority.

Google, but for criminals

One of the biggest areas of focus was something that seems considerably lower tech than being able to remote pilot a self-driving car with the flick of a the wrist—or at least more boring. The report’s authors proposed using semantic tagging to solve one of the oldest problems in American policing: the lack of centralized repositories for information about suspects.

If a police officer wants to look at someone’s criminal history, there is no single database the could search to find if someone had ever been arrested. Instead, there is a complicated ecosystem of disparate, disjointed databases that don’t even necessarily treat the same pieces of information—someone’s name, for example—all in the same way. The result is a system that’s confusing, time-consuming, and prone to letting important details slip through the cracks.

The report advocates using new technologies to read information across these multiple databases that would allow an officer to make a single search query and instantly pull information from any law enforcement database in the country.

The Internet of (tracking) Things

The report also focuses on adapting to the possibility of the Internet of Things. Internet-of-Things-enabled devices could help officials do things like track officers as they move within buildings, alert them to danger when the need arises, and monitor the activities of people under house arrest. For people under pre- or post-trial supervision, Internet-of-Things devices could “monitor these individuals’ stress levels, drug use, or states of arousal (for sex offenders). They could allow for video or telephonic connections to monitored individuals and provide the monitoring officer with clues about the truthfulness of verbal responses. More broadly, suppose that an offender disables a tracking bracelet before leaving his or her home to commit a crime. Other sensors in the home could notify police of the offender’s departure.”

How do you say ‘You’re under arrest’ in Swedish?

The report also suggested adopting portable real-time translation technologies. For example, when an officer pulls someone over who doesn’t speak English, he or she could have a straightforward dialogue with the motorist without having to struggle with the language barrier.

Trouble around the bend

Finally, the report called for programs to link facial scanning systems with mugshot databases housed by law enforcement agencies around the country.

The authors noted that this power carried with it significant dangers in the areas of privacy and civil rights. As such, police would have to take into consideration “proper access to sensitive information and the risk of false matches (for example, identifying someone as a criminal based solely on his or her appearance).”

As these technologies gather and then utilize a rapidly increasing amount of data from us, questions of how to keep that information safe and how to ensure it was being used in a way that didn’t violate our rights came up time and again. “Two overarching concerns were frequently discussed at the workshop,” the report reads. “The first involved cybersecurity concerns arising from the new technologies, and the second involved privacy rights and civil rights.”