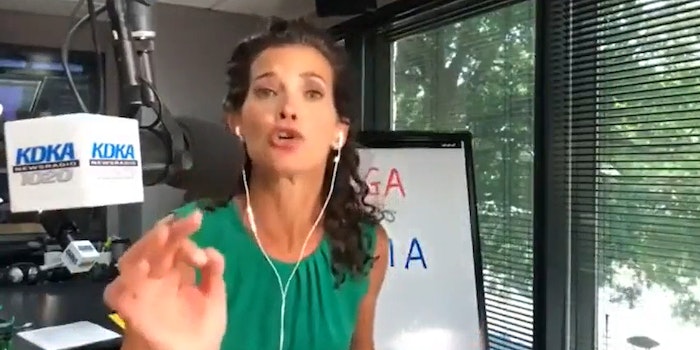 KDKA is a right-wing station, with hosts who take 'combative' stances with dangerous rhetoric.

In Pittsburgh, a “Radio Karen” thinks protesters should be shot on sight and said so on her late afternoon rush-hour show on Monday.