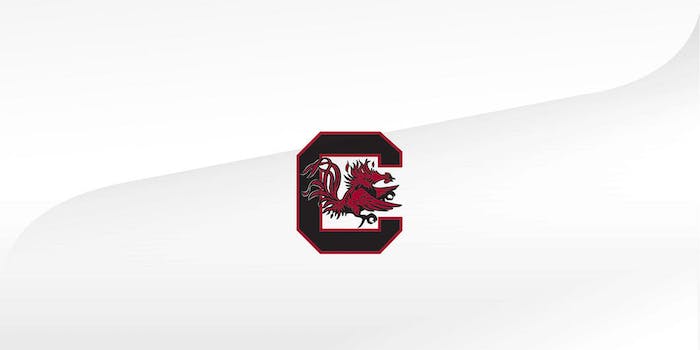 Once again bringing objectionable human behavior to the surface, a Snapchat snap from the University of South Carolina prominently displays a racial slur written on a classroom chalkboard.

“Reasons why USC Wi-Fi blows,” reads the heading of the written list. A student is seen writing the reasons below it, which apparently range from “incompetent professors” to “parking.” But at the top of the list is a racial slur against African-Americans, which has been blurred below. 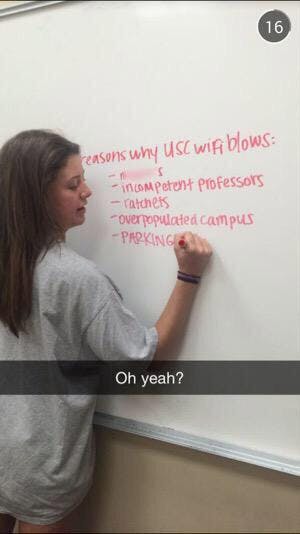 Since nothing stays quiet online, this screenshot circulated among students and then to the Internet very quickly. USC denounced the photo via its Twitter account:

Respect for all and the @UofSCCreed are our #UofSC values. Racism and incivility are not tolerated. Situation being investigated.

Eager Internet sleuths identified the woman in the photo and called out a Twitter account believed to belong to her. ABC News Charleston reports that that account replied to the accusations with, “I was not writing all that. This is very misunderstood.”

Similar racial tension has recently been stirred up at Duke University, where a noose was found hanging from a tree on campus Tuesday night.

Correction: A previous version of this article misidentified the University of South Carolina.