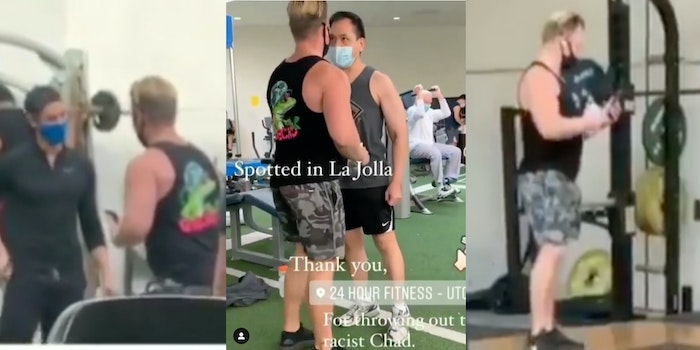 His membership has been terminated.

A viral video shows a white man dubbed “Chad” losing his cool and hurling racist insults at an Asian man in a California gym.