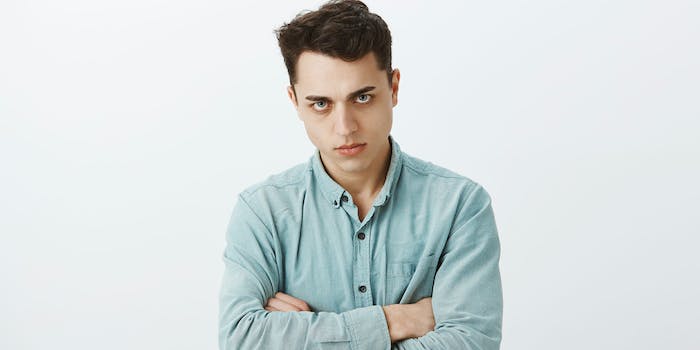 You can’t be ‘racist’ against white people

The hiring of Sarah Jeong at the NYT has the 'alt-right' crying their favorite brand of nonsense.

The “alt-right” was up in arms yesterday over the New York Times hiring tech writer Sarah Jeong to its editorial board.

In a series of old, now-deleted tweets, Jeong had used the hashtag #CancelWhitePeople, contemplated the idea if whites were “only fit to live underground like groveling goblins” because of their propensity for sunburn, compared “dumbass f—–g white people” to dogs, and called “old white men” “lemmings.”

The consensus among Far-Right Twitter seemed to be, as one user repeatedly wrote, “Sarah Jeong is racist & all racism is racism.”

Despite the online backlash, the Times stood behind its writer. On Thursday, it released a statement specifically addressing Jeong’s language:

“We hired Sarah Jeong because of the exceptional work she has done … her journalism and the fact that she is a young Asian woman have made her a subject of frequent online harassment. For a period of time she responded to that harassment by imitating the rhetoric of her harassers… She regrets it, and The Times does not condone it.”

Our statement in response to criticism of the hiring of Sarah Jeong. pic.twitter.com/WryIgbaoqg

As the far-right likes to point out, the newspaper’s response to Jeong stands in sharp contrast to the whole host of other employees who have been let go by their companies for spewing hate-filled language. This year alone, both Papa John’s founder and Roseanne Barr were fired from their own creations after the public caught wind of their use of racist language; the former for using the N-word, the latter for being anti-Semitic. The Times also made headlines when it fired reporter Norton Quinn after old tweets resurfaced by the writer using derogatory names for African-Americans and gays and also touting friendships with neo-Nazis.

So why is the paper standing by Jeong while Quinn got the boot?

The simple answer: Because Quinn is white and Jeong is a person of color. In a system of white supremacy, which is what America was founded on and continues to be, it is impossible to be truly racist against white people. Here’s why.

Definitions for the word racism can lead to the belief that it is simply a matter of prejudice. For example, Dictionary.com defines the word as “prejudice, discrimination, or antagonism directed against someone of a different race based on the belief that one’s own race is superior.” But a deeper dive into the meaning of racism and what it means to be racist reveals a more complex truth: True racism, in America, requires power.

Per the “Sociology of Racism” published by Harvard University, racism is “an ideology of racial domination in which the presumed biological or cultural superiority of one or more racial groups is used to justify or prescribe the inferior treatment or social position(s) of other racial groups.”

In order for a racial group to dominate another, that requires power. Anyone knowledgeable about America’s history knows and understands that the most powerful group has always been and remains white people. Through the use of racial slurs and derogatory stereotyping, that power enabled whites to trample on the rights of indigenous Americans and steal their land, calling such acts “god’s will” and “Manifest Destiny.” Similarly, it also enabled whites to enslave an entire population and create laws to protect and justify those indecent acts for hundreds of years. Even after slavery’s annulment, that power needed to reassert itself and enact systems of oppression like Jim Crow laws, redlining, and mass incarceration, which continue to have grave, ill effects on Black people in America. Today, racist language employed by whites (like the country’s president, Donald Trump, who referred to Mexicans as rapists and drug dealers) has birthed policy that tore apart families at the border and also bans members of specific minority groups from even coming into the country.

So, while white people busy themselves with their feelings about hate-filled words directed at them, which have no real ramifications, people of color literally fear their freedom, life, and liberty when confronted with racist rhetoric. Though white men, and particularly members of the “alt-right,” love to scream about “racism against white people” or “white genocide,” there is truly no example of either. Such white angst sounds much more like the expression of fears relating to reckoning with and confronting privilege than it does an actual confrontation of racism.

The harm of hate-filled speech espoused by a minority cannot be equated to the real-life impact of white racism or white hate speech in America. Nor can the impact. There is no example of a minority group using hateful, prejudiced speech to relegate whites to second-class citizenry. White people have never been oppressed. For that reason, the damage of Quinn’s language is far more unforgiving than that of Jeong’s.

Prejudiced language employed by whites will always carry a harsher penalty than similar language used by minorities, whether or not satirical or just plain-stated hate. While it is wholly possible to brand Jeong’s language inappropriate, disrespectful, and in bad taste, it is impossible to equate it to white racism.