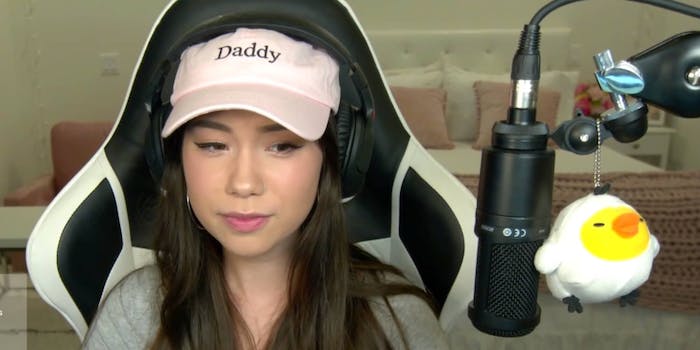 This streamer is regretting her words.

After an off-the-cuff comment was taken far too seriously by some of her followers, Twitch streamer QuarterJade is pleading with them to stop direct-messaging her their “tributes.”

Apparently aware of her potential as fodder in her followers’ solo V-Day plans, QuarterJade poked fun at them. This week she alluded to a popular meme that reads: “If you’ve ever masturbated to my pictures, you owe me a fucking Valentine’s Day gift.”

QuarterJade brought it up with her followers. “I think I really would like to say that,” she said in her JustChatting stream recently. “Like if you’ve masturbated to me you guys owe me… the tribute, OK? The fucking like $1 tribute thing. What is this, content for free?”

The clip landed in Reddit’s LiveStreamFail subreddit. There, commenters jested about QuarterJade’s wording. According to Urban Dictionary, a “tribute” is when you ejaculate onto a photo of your crush.

In no time, QuarterJade’s direct messages were reportedly being harassed.

She was forced to address her comments in another video, posted on Thursday. “I would just like to say, if you’ve seen the clip: One, no I do not want your money,” she said. “Two, I don’t want your tributes. Three, please stop DMing me, OK? Just an announcement to make. I didn’t know, and I’m clarifying now!”

Hopefully, QuarterJade’s request is being heard.