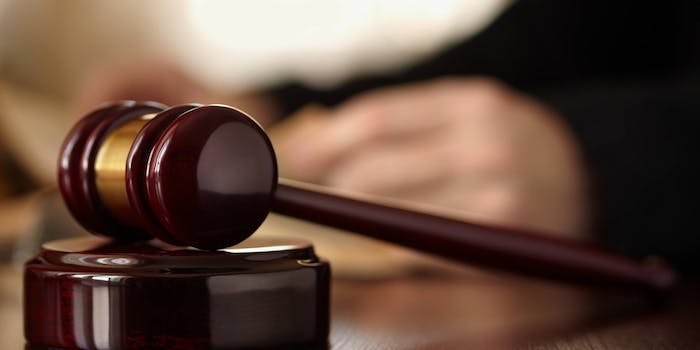 Patel could remain in prison indefinitely if the state appeals.

One of the most controversial prison sentences in U.S. history just became slightly less medieval.

In March 2015, Indiana native Purvi Patel became the first woman in the U.S. to be charged, convicted, and sentenced for ‘feticide’ after allegedly inducing a miscarriage. The charge, and Patel’s lengthy 20-year prison sentence, caused a massive uproar among reproductive rights advocates who said the ruling opened the door for women to be jailed for failed pregnancies and for having abortions.

But on Friday afternoon, an Indiana court of appeals in South Bend vacated the class A felony feticide charge—immediately reducing Patel’s sentence to a much lower three year maximum.

A class D felony charge of neglect still remains, meaning Patel could stay in prison. But she’s already served over a year, and her sentence could be reduced to as little as six months—which would free Patel immediately.

“We hold that the legislature did not intend for the feticide statute to apply to illegal abortions or be used to prosecute women for their own abortions,” said the court ruling, which the South Bend Tribune reported on Friday evening.

Patel, stated the court’s ruling, had ordered drugs online after discovering that she was pregnant. The miscarriage occurred on July 14, 2013 when the fetus was at about 25-30 weeks—and Patel, allegedly afraid of her conservative family finding out, put the deceased fetus in a dumpster.

Patel went to a hospital to seek treatment for severe bleeding after the miscarriage, and her doctor—a noted anti-abortion activist—called the police to have her arrested onsite. The doctor, Kelly McGuire, even followed the police to the dumpster to search for what he insisted was a live baby.

Patel’s experience represented the ultimate nightmare to many women and reproductive rights advocates. When initially charged with feticide, Patel faced up to 70 years in prison.

A charge of “child neglect resulting in the death of a dependent” remains in place. Part of the controversy surrounding Patel’s case was its paradoxical legal nature: she was charged with both neglecting a live baby and aborting her own fetus, two seemingly contradictory charges.

The case is also notable for its connection to Republican Vice Presidential nominee Mike Pence, the conservative, fiercely anti-abortion Governor of Indiana who appointed the judge that sentenced Patel, Elizabeth Hurley.

The Indiana Court of Appeals has remanded Patel’s case to the St. Joseph County Superior Court so that Patel can be re-sentenced. If that ruling is appealed, Patel could remain in prison indefinitely as the case makes its way to the Indiana state supreme court or up to the U.S. Supreme Court.