The gesture became so much more than a chance to brighten Valerie's day; it became a way to give back.

Purple has always been Valerie Brosdal’s favorite color, but after a diagnosis with stage four lung cancer, the shade became an unexpected beacon of hope too. What began as a pedicure in hopes of lifting Valerie’s spirits turned into a movement far bigger than any bottle of nail polish.

It started out simply enough when Valerie’s husband, Ralph Kapostins, decided to take his wife out for an indulgence. As she relaxed, getting her nails lacquered with her favorite color, so did he. It was a small gesture he hoped would make her laugh, and that it did. The two decided their matching purple toes were too good not to share with their friends on Facebook. 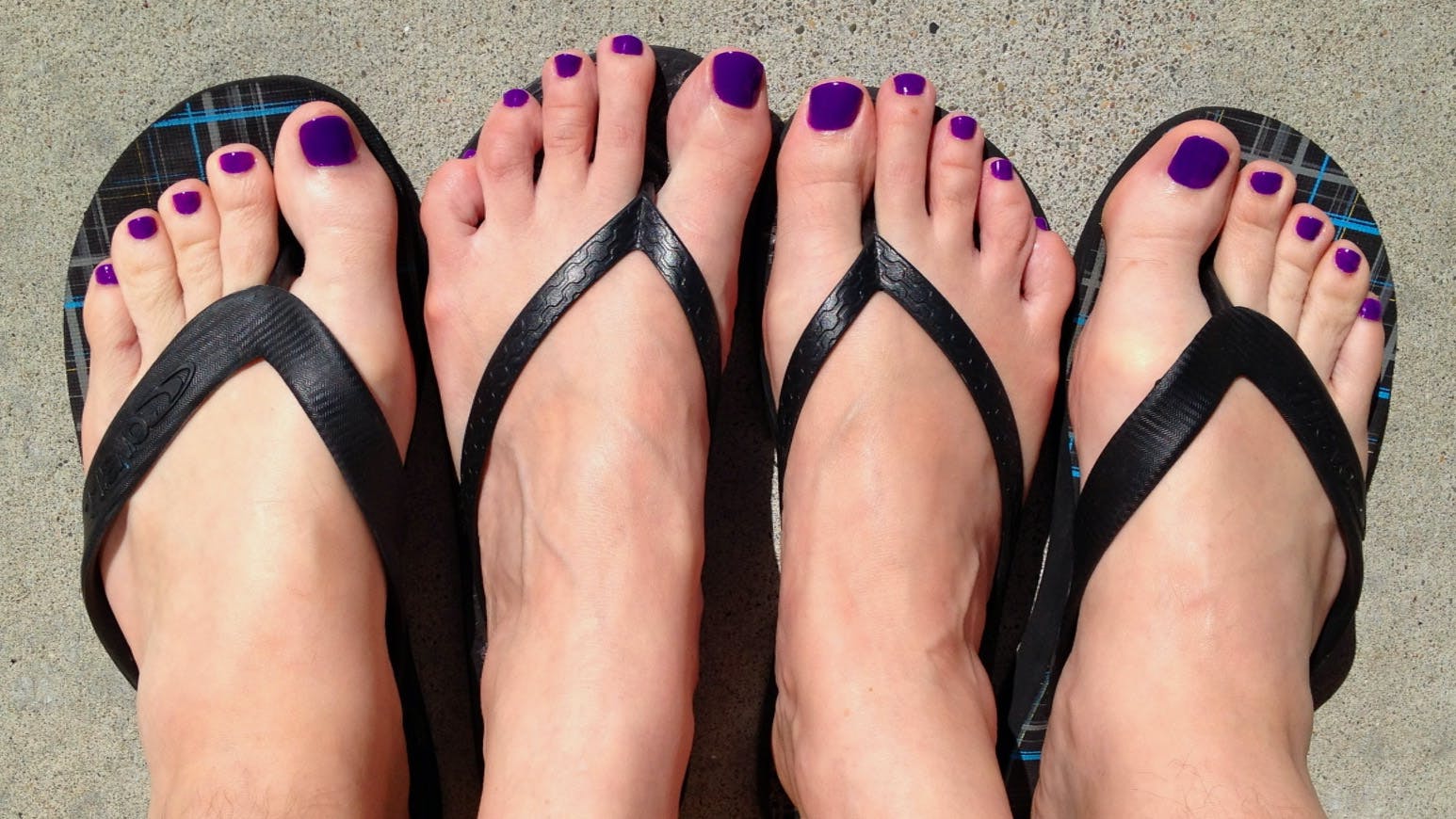 The image first inspired friends, then complete strangers to paint their toes purple as well. The hashtag #purpletoes was born, garnering over 400 images from around the world of purple painted toes. Strangers photographed their tinted toenails with groups of friends, against pictures of loved ones lost to lung cancer, and even next to their pets wearing a matching shade.

The movement became so much more than a chance to brighten Valerie’s day; it became a way to give back. Thanks to her friend Susan Woolf, the Purple Toes Campaign was started, which has raised over $12,000 for the Bonnie Addario Lung Cancer Foundation. While the Purple Toes Campaign continues to splash supportive polish on the toes of well-wishers, Ralph’s have stayed purple since that first pedicure. He says he’ll take the polish off when Valerie is finally cancer-free.