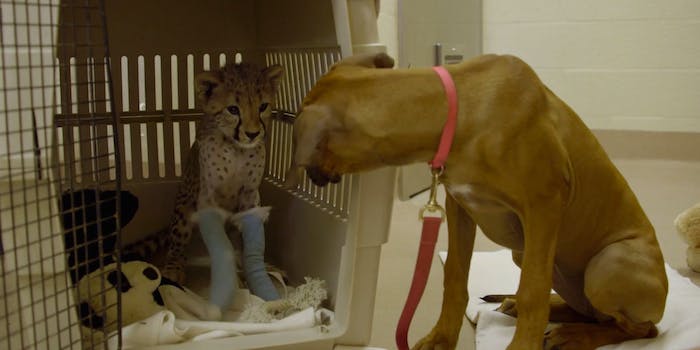 The cheetah has a great companion by his side as he heals.

One young cheetah had the best wake-up visit after getting surgery on his legs.

Ruuxa, a cheetah at the San Diego Zoo Safari Park, was first paired off with Raina, a Rhodesian Ridgeback puppy, at just six weeks old in an effort to teach him to be comfortable around humans. In the months since, the two have grown to be close friends.

However, Ruuxa had a growth abnormality in his forelegs that caused his limbs to bow. It’s sometimes seen in domestic dogs, according to the zoo’s YouTube channel, and he needed surgery to fix it.

They’ll have to put their play dates on hold for now, but Raina seems to be content just keeping her friend company.