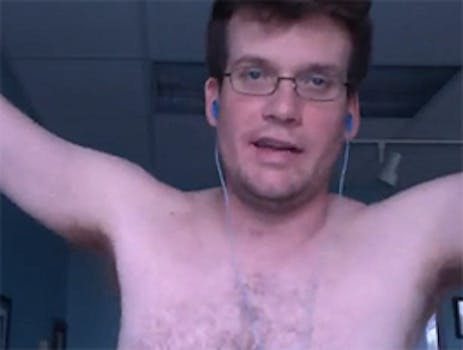 The Vlogbrothers' two-day charity awareness campaign is making waves across the Internet right now, as prominent YouTube vloggers post videos in support of their favorite charities and encourage their fans to donate.

Project for Awesome 2012 landed on YouTube today. The annual two-day charity awareness campaign is making waves across the Internet right now, as prominent YouTube vloggers post videos in support of their favorite charities and encourage their fans to donate.

Already, Project for Awesome (P4A)’s IndieGoGo campaign is over its fundraising goal of $100,000—and the P4A website’s donation tally currently stands at nearly $200,000.

The idea of P4A began in 2007, as part of the Vlogbrothers’ goal of Decreasing World Suck. The brothers, John and Hank Green, helm the mighty Nerdfighter movement, which started as their own fanbase but has increasingly overlapped with other fandoms and Internet communities. It’s rapidly moved into more and more activism as their followers take the mantra, “Don’t Forget to be Awesome,” and apply it to real life. The Vlogbrothers created an official not-for-profit, The Foundation to Decrease World Suck, last year, and launched Project for Awesome as an official subproject.

The idea behind Project for Awesome is simple: Contributors submit a video designed to support their favorite charity. But there’s a twist: The charity awareness campaign is also a competition to see who can make the best video.

Hank Green, who founded VidCon, seems to pair his goals with the ongoing theme of enhancing the Internet vlogging and video-editing community; so it’s not really surprising that Project for Awesome is also about showcasing innovative entries out of the many that are flooding the P4A website. Currently there are 25 pages of videos from vloggers around the Internet. Notable participants include the Green brothers, vlogger and Tumblr celebrity Tyler Oakley, and the annual National Novel Writing Month (NaNoWriMo), which is up for one of the five charity spots.

There’s also a P4A livestream at the Vlogbrothers’ YouTube channel, where John Green, an  award-winning Young Adult novelist, is currently interacting with fans in a question-and-answer session—and apparently taking his clothes off for a good cause.

The videos are separated by category: Vloggers can shill for animal rights, poverty, hunger, and water campaigns, support for arts and education, and a number of other subjects. The array of subjects may surprise you—and warm your heart.

To vote in the project, watch the videos at the Project for Awesome website, then click “vote for this video.” At the end of Project for Awesome’s two-day fundraising spree, the donations—which could likely skyrocket to a quarter of a million dollars before the day is out—will go to the five videos with the most votes.