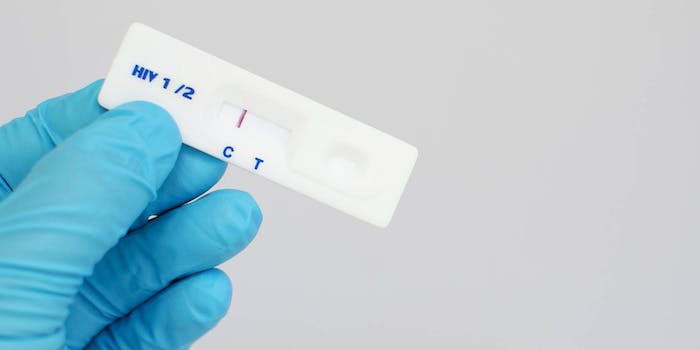 Prince Harry just got tested for HIV on Facebook Live

The royal hopes to combat stigma over testing.

Being HIV-positive still carries a stigma in today’s society, so much so that even getting tested is considered taboo by some. In an effort to combat that perception, Prince Harry (officially Prince Henry of Wales) got tested and streamed the procedure live on Facebook this morning.

The British Monarchy wrote on its official Facebook page: “Prince Harry believes until everyone feels relaxed about taking HIV tests—whether from high risk groups or not—then tackling the stigma and fear surrounding HIV testing will continue to allow the virus to win.”

“So whether you’re a man, woman, gay, straight, black or white—even ginger—why wouldn’t you come and have a test?” Harry says in the video.

NBC News notes that the prince is taking after his mother, Princess Diana, who reached out to people with HIV and AIDS in the 1980s.

Facebook comments praised Prince Harry for his good work, and for his general hunkiness.

But one Facebook commenter was brave enough to ask the hard questions. Is Prince Harry more of a Team Mystic or Team Valor?