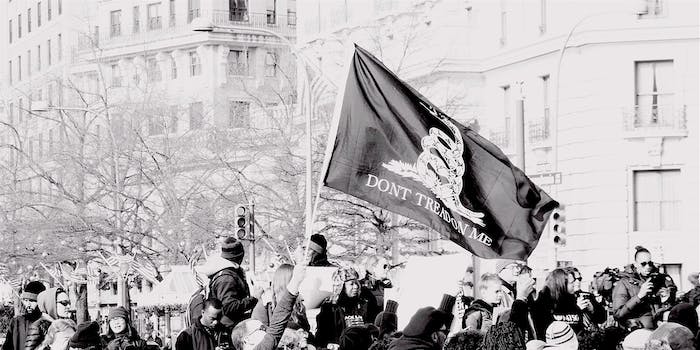 Following a tide of outrage that swept the nation this week over the shootings of two black men by police, Obama spoke solemnly about the lives lost—and of police prejudice, both real and imagined.

Though constrained from remarking directly on the deaths of Alton Sterling of Louisiana, who was killed by police on Tuesday, and Philando Castile of Minnesota, killed by police on Wednesday, the president portrayed their deaths as tragedies emblematic of a greater crisis.

Sterling, 37, died on a sidewalk outside of a Baton Rouge convenience store. He apparently had a gun in his pocket during a conflict with police, but the cellphone videos captured by bystanders reveal there was nothing in Sterling’s hands—even as the officers holding him fast to the ground unloaded four to six shots into his chest and back. Sterling, a father of five, died before paramedics could arrive.

Castile, 32, was introduced to the world during a viral livestreaming video recorded moments after the police officer who stopped him because of a broken tail light opened fire, mortally wounding him in the driver’s seat of a car containing his 4-year-old daughter. The aftermath of the shooting was filmed by his girlfriend, Diamond Reynolds, who told viewers Castile had a license to carry a firearm, had notified the officer about the weapon, and was reaching for his identification when shot. Castile died minutes after he arrived at hospital nearby.

The shootings of these men, the president said on Thursday, “are symptomatic of the broader challenges within our criminal justice system, the racial disparities that appear across the system year after year, and the resulting lack of trust that exists between law enforcement and too many of the communities they serve.”

Acknowledging this outspread problem does not denigrate the work of upstanding police officers, Obama affirmed.

“To admit we’ve got a serious problem in no way contradicts our respect and appreciation for the vast majority of police officers who put their lives on the line to protect us every single day,” he said. “It is to say that, as a nation, we can and must do better to institute the best practices that reduce the appearance or reality of racial bias in law enforcement.”

“Let’s come together as a nation…in order to ensure a future where all of our children know that their lives matter.”

The president, in plugging his Task Force on 21st Century Policing, said that while investigations continue into the deaths of Sterling and Castile, the “underlying fissures that lead to these incidents” need addressing. “That’s how we’ll keep communities safe,” he said. “And that’s how we can start restoring confidence that all people in this great nation are equal before the law.”

“In the meantime,” he continued, “all Americans should recognize the anger, frustration, and grief that so many Americans are feeling—feelings that are being expressed in peaceful protests and vigils.

“Rather than fall into a predictable pattern of division and political posturing, let’s reflect on what we can do better. Let’s come together as a nation, and keep faith with one another, in order to ensure a future where all of our children know that their lives matter.”