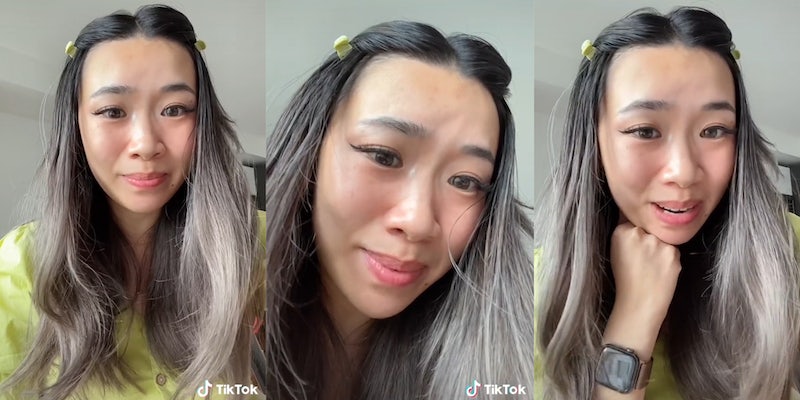 ‘People may want to cut back on those ‘day in my life’ videos’: Tech worker says employees should think twice before posting about not working hard, sparking debate

'The ‘I only work for two hours a day' people on here are shaking in their boots.'

As TikTok allows more and more people to show every aspect of their day-to-day lives, many workers are coming out of the woodwork to admit that they don’t actually do that much work in a workday.

While some idea of this has been around for ages, famously parodied in shows like The Office and movies like Office Space, TikTok has broadcasted the notion of “hardly working” from home, with many users on the platform confessing that their 9-to-5’s are more like 10-to-2’s.

In the past few months, work-from-home TikTokers have shared videos saying they clean on the clock, use technology to appear online when they’re really not, only work a half hour out of their eight-hour day, and more.

However, now that inflation is rising and companies are laying off workers, one TikToker has advice for the not-so-hard workers of TikTok: stop posting videos about it.

In a video with over 121,000 views, tech worker and TikTok user Michelle (@_mitchiemitchie) states that, while using company perks is fine, using perks too much—and bragging about it on social media—might result in the employee being fired.

i hope we all make it through these tech layoffs 😩

“Genuinely curious, are all those TikTokers who gave off the impression that they don’t work hard at all kind of nervous right now?” she asks.

Michelle then references the recent statements from people like Meta’s Mark Zuckerberg and Alphabet’s Sundar Pichai in which they said they were worried about productivity among employees.

“Posting about [using perks] online is a little bit problematic because it’s a bit disrespectful to your colleagues who may be busting their ass,” she continues. “What it’s really giving is ‘I’m disposable.’”

“I think we’re all really nervous about the recession right now, and if I were that person, I would be super nervous, too,” she concludes.

However, Michelle’s video seems to theorize that the proliferation of work-from-home TikToks may start a trend in which people are fired for posting about their work-life balance—a fear apparently shared by many across the platform.

“This 100%,” one user wrote in the comments. “Oversaturating the market and basically telling on themselves not working, big yikes.”

“Yep. The ‘I only work for two hours a day’ people on here are shaking in their boots,” another added.

“People may want to cut back on those ‘day in my life’ videos since managers may think their attention is on the wrong thing,” a third advised.

“Preach! And when someone says they get their work done in 3-4 hours. If that’s true their company has over staffed,” a further user stated.

That said, some users aren’t so worried, believing that TikTok will play a more minor role in job security than Michelle seems to be implying.

“At the end of the day, companies would rather lay off talent than have leadership take a pay cut,” a commenter argued. “Ppl making tik [toks] don’t change that reality.”

“I think it doesn’t rly matter as long as u perform well in ur team, and posting perks is showing the good side about ur company,” an additional comment reads.

Some even said that their employers appreciate their TikToks.

“Nah my management chain wants me to teach a class on how to tiktok,” one commenter claimed.

We’ve reached out to Michelle via email.