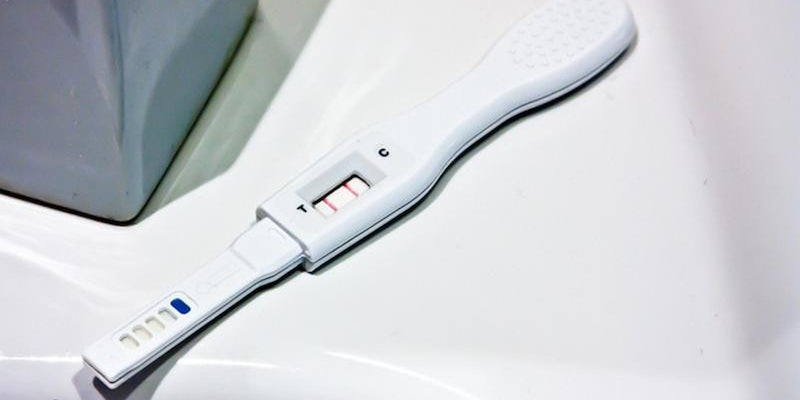 Are these Craigslist ads for positive pregnancy tests legit, or the work of a woman-hating troll?

ATTN: Are you a terrible person? Like, an absolute scumsucking shitheel of a human being, with a garbage mind and a heart of asbestos and a soul that’s just a Ziploc bag filled with subway pee? Merry Christmas! We’ve got the perfect present for you: A $20 positive pregnancy test, so you can “lock your man down for Christmas.”

According to Metro, ads for positive pregnancy tests have been surfacing on Craigslist, with one ad from Claremore, Okla. reading, “I have positive pregnancy test for those of you who need a little help holding onto your man through the holidays, shoot me a message for $20 each.” Another Craigslist post asks: “Wanna lock down your man for the holidays?” (Both have since been removed.)

Are these ads meant in jest, or are they the work of an MRA troll trying to prove ladies are lying liars who use their uteri to ensnare unsuspecting men? It’s certainly possible.

“For example, if a married man is having an affair and he tried to break it off with the girl, and she became upset and decided to present this fake pregnancy test and demand money, otherwise she would tell the spouse [sic]. That would be a level of blackmail,” a police officer explained to KCTV News in Kansas City.

Even if they are intended as a prank, a cursory search of positive pregnancy tests on Craigslist in the Tristate area yields more than a few hits: 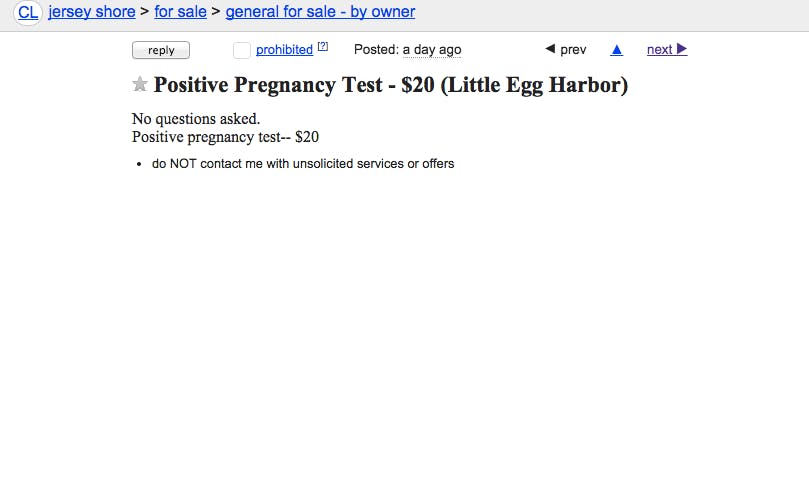 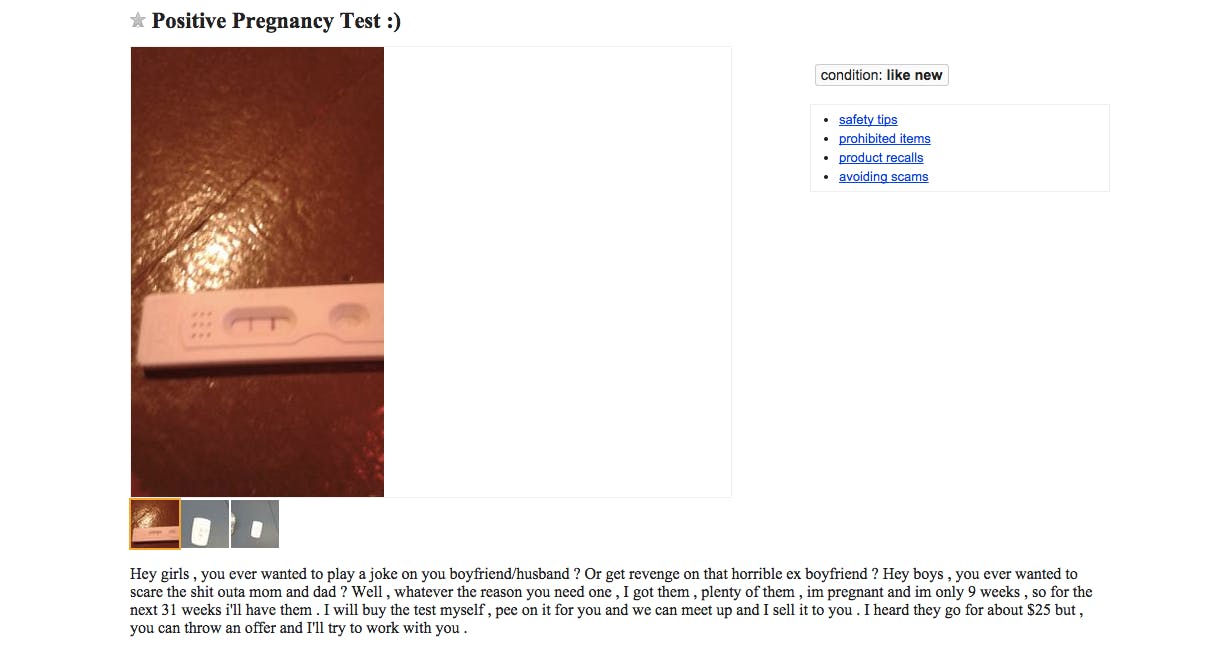 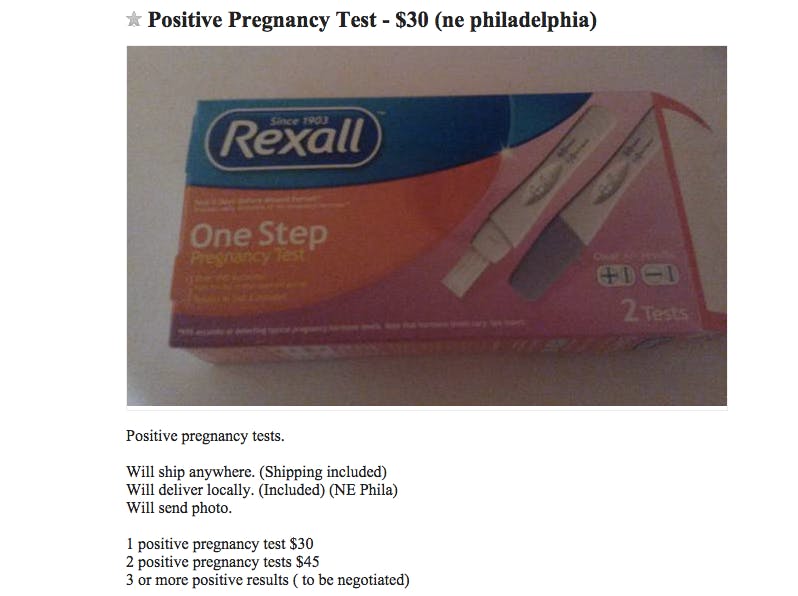 We’ve reached out to a few of the posters to see if the ads are legit, and will update if we hear back. Either way, if you wake up Christmas morning and you find one of these babies under the tree, just tell your girlfriend you would’ve preferred an iPhone 6 instead.