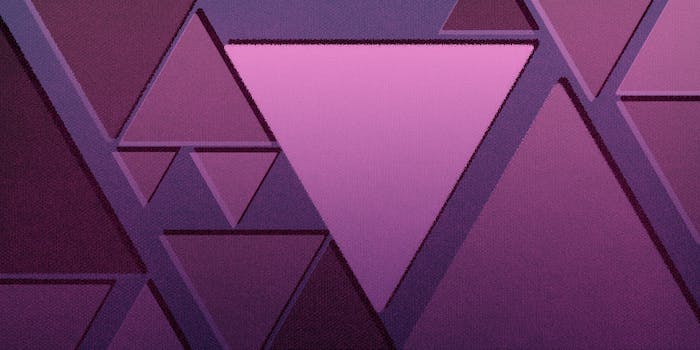 When a Portland gay bar posted flyers online for an upcoming “Lesbian Luau” party, the local LGBT community was furious.

Many felt that the Hawaiian-themed event at Local Lounge was racist and an example of cultural appropriation. But the conversation escalated into a furious online protest after the bar posted a Facebook photo of the event’s promoter standing outside of a street vendor’s stand, holding a rainbow flag. That’s because behind the promoter, nestled among the many flags for sale at the tent, was a Confederate flag for sale. 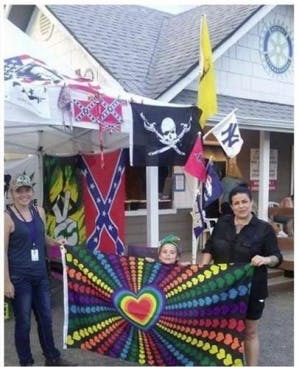 Many in Portland’s LGBT community felt that the bar’s decision to post the above photo for an event already deemed offensive was the last straw. It doesn’t help that Local Lounge has already been mired in controversy over accusations of racism—with ex-employees complaining of racist behavior and events led by people of color leaving the bar in droves.

“Twerk and Slo Jams, two parties run by QTPoC (queer and trans people of color), have both moved from the Local due to racism on the part of the owners and staff in the last two months,” said Leila Hofstein, Youth Coordinator for PFLAG Portland Black Chapter, in an interview with Daily Dot on Wednesday.

Hofstein explained that there’s an ongoing history of struggle between people of color in Portland’s queer scene and this particular gay bar—and it’s only heating up more now. “Portland Black Pride has also pulled its events and support from the bar in solidarity with the other people of color who have been negatively affected by their fuckery,” Hofstein said.

On August 13, Local Lounge attempted to explain the photo, saying that no one had noticed the three Confederate flags in the background—and posted a new version of the pic with a Union Jack and a rainbow photoshopped over the offensive flags. 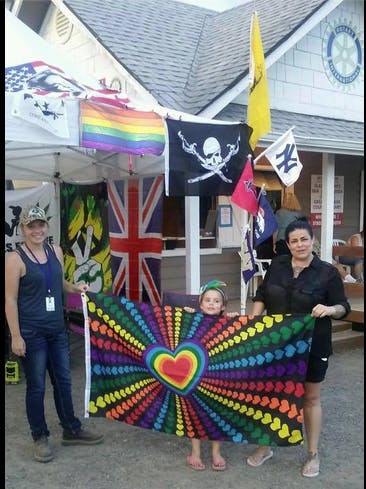 The Photoshop job only escalated the situation further, with 78 angry comments left on the photo.

According to Willamette Week, most of the posts about the event had been removed by bar staff by Tuesday. But an anonymous source told the Daily Dot that activists then hacked the bar’s Facebook page so that no more posts and comments could be deleted.

Staff at the gay bar seemed perplexed by the protests. “Ok… Any of you posting negative statements who have EVER been to the Local and had a negative or Racist or Homophobic expirience (sic) please, please explain further,” commented Local Lounge on its own post. “This entire situation has been fabricated.”

A protestor named Kiera Lee, who also circulated a flyer online about why the event should be stopped and the Local Lounge boycotted, responded, writing:

“You’re asking people of color to share their experiences with you when you aren’t even listening to white folks tell you what they are hearing from the community? That isn’t how this works. I know of many people have experienced racist shit from both you and your staff but they don’t step up for a number of reasons but one of them is that you obviously aren’t truely (sic) listening. I can share two things I have directly experienced from you are: 1) the racist security guard you hire, and refused to let go after his racism was brought to your attention and 2) your consistent use of racial slurs and your support of the gentrification of the Williams area.” 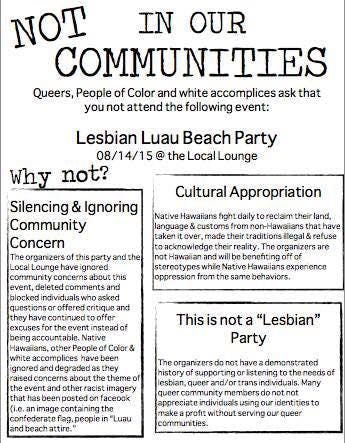 Resentments directed at a single gay bar may seem surprising—but behind the protests is a long history of stewing discomfort over the gentrification of the area in which Local Lounge resides.

Portland’s northeast corridor, which includes the stretch of Martin Luther King, Jr. Boulevard where Local Lounge is located, was long the only black neighborhood in one of America’s whitest cities. These days, the area is increasingly populated by young white newcomers and high-end rental developments. And the black population—including LGBT people of color—are not happy about being pushed out to the far edges of town that locals call “The Numbers.”

It’s impossible to separate a single protest from a decade of complaints about gentrification that provide context to the online accusations of racism and appropriation lobbed at Local Lounge.

In a March 2015 video produced by Oregon Humanities, black Portland residents discussed what it had been like to be pushed out of the only black neighborhood in one of America’s whitest cities—echoing the frustration that online protestors expressed over the changes along Williams Avenue.

“When I’m driving up Williams Avenue, going north,” said one resident in the video, “I experience… it’s a physical pain.”