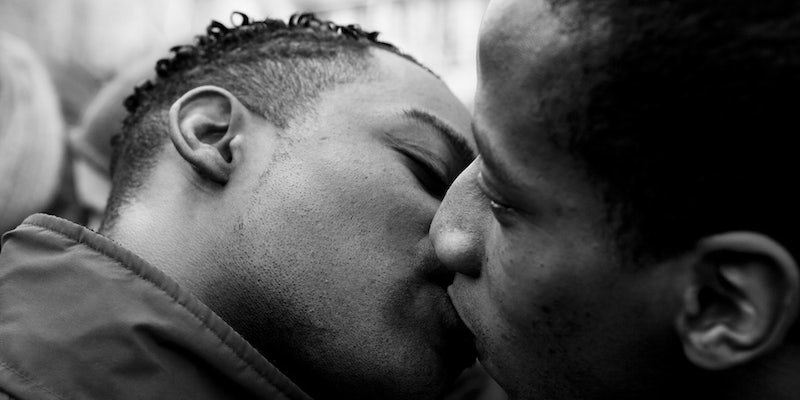 Relative categories are one thing, but two categories won out on a national level in terms of sheer overall numbers. While “black” was the most-viewed category across the Deep South, states with more liberal LGBT policies (among them California, Vermont, New Hampshire, Washington, and Massachusetts) tended to seek release with “straight guys.” The grass is always greener, it seems, on the other side.

Both men and women seemed to favor older guys: The search term “daddy” was used more often than its counterpart “twink.”

In Alaska, the top relative search term was simply “Alaska.” In Hawaii, “Asian” was a clear favorite, and states with large Mexican populations such as Texas, New Mexico, and Arizona, sought out the company of “cholos.” West Virginians and Kentucky residents wanted to get down-and-dirty with “rednecks,” and the cowboy-laded states of Montana and Oklahoma unsurprisingly searched for “cowboy.”

But when it comes to brand consistency, nothing beats the Deep South. Not only did former Confederate states like Mississippi and North Carolina show a sweeping preference for the black category, they backed it up with one exceedingly popular search term: “big black dick.”