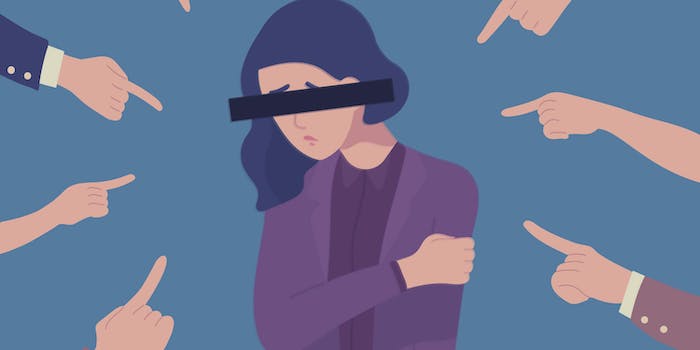 Some videos are still live, unofficially.

Advocates argue if there were more labor rights for sex workers and less policing around sex work itself, performers would have more protection against violence and coercion in the workplace. In their book Revolting Prostitutes, sex workers Juno Mac and Molly Smith argue immigration enforcement, strict borders, and the police create the exploitative conditions that lead to sex trafficking.

“Trafficking laws are often misused to punish women. Indeed, there are already laws against the behaviors engaged in by these unscrupulous people. But if the existing ‘trafficking’ laws, as potentially harmful as they are to sex workers, can be used to stop this type of exploitation, then that’s a good use of those laws,” Matisse told the Daily Dot. “These women have had their trust betrayed in a way that can never be truly mended. Their images are out there forever now and that can’t be undone. So whatever method of redress we choose to visit upon their oppressors, I’m behind it.”