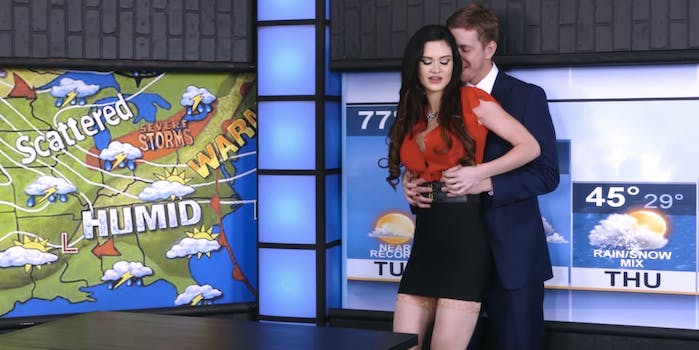 Best of all, the entire video is safe for work: There’s no nudity or actual sex, although the scenes are drawn from the adult content that draws people to the site.

The first episode features big-name stars like Belle Knox, Asa Akira, James Deen, and more. The jokes are pretty good, too: one scene features a white female cop showing up at a black actor’s door and insisting that she has “like, three or four black friends” and that her visit “isn’t racial profiling.” Another scene has an off-camera voice asking Belle Knox to give herself a breast exam and asks, “When was your last mammogram?”

It made us laugh, and it also made us wonder: When was Belle Knox’s last mammogram, exactly?