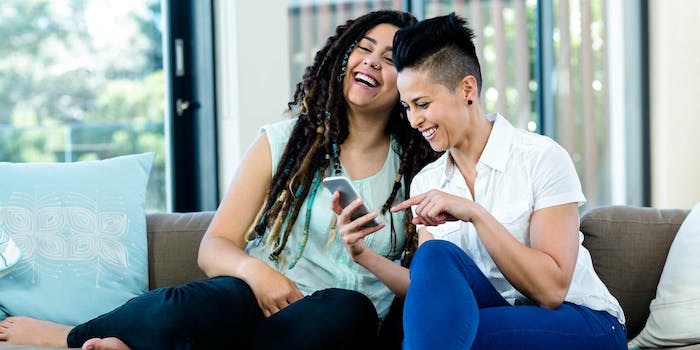 The report, which was published in late April, was comprised of 2,433 women responding to a 42-item questionnaire across three groups: 966 American women from Reddit, social media, listservs, word-of-mouth, and other similar avenues; 1,043 women on Hungarian social media; and 424 women from a Hungarian professional degree program.

“One common interpretation of this relationship is that more educated (and thus literate in many cultures) women are more aware of their sexuality, sexual issues, and sexual choices, and thus able to better articulate their sexual desires to their partner and to prioritize their own pleasure as an integral component of meaningful sexual relationships,” the study notes. “Yet, while such relationships within emerging nations may not be surprising, the fact that similar relationships are found in highly literate societies as well is notable.”

Hopefully, this new study will convince more “straight” women to admit it feels particularly nice to kiss other girls. Failing that, at least there’s no shame in paying your friends $10 a month to watch them on OnlyFans.