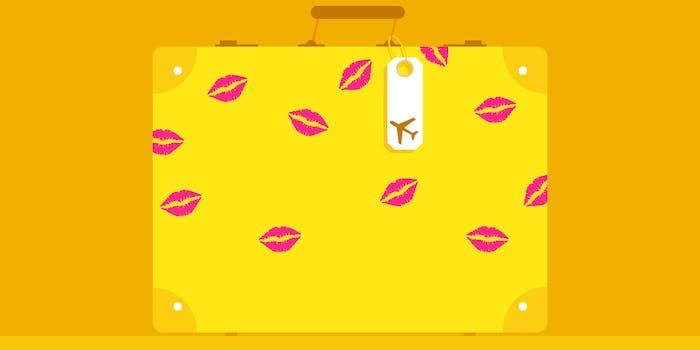 Trip4real, which Lust calls a “young, female-driven company,” currently operates only in 9 European cities: London, Paris, Berlin, Lisbon, Dublin, Edinburgh, Rome, and Barcelona—where Lust is based. Company brand director Natalie Batlle told the Daily Dot that Trip4real has its sights set on an upcoming expansion to Athens and Istanbul, and is considering Latin America and the U.S. in the future.

“Almost anyone with a passion for hosting and a creative idea for a tour can enlist as a guide,” Batlle told the Daily Dot. “Our locals range from amateur photographers and street food experts to Michelin-trained chefs, renowned graffiti artists and world running champions. We also have bloggers and Instagram influencers providing signature tours on Trip4real. It’s a great platform for them to enhance their brand and make extra money.”

“They are people with interesting lives, passions, and intellectual views,” said Lust. “I wanted to give people the chance to meet them through a fun day out where they can talk to the performers about their lives outside of the industry, about their cultural passions and hobbies.”

Adult film stars typically interact with fans at conventions like Exxxotica, where fans line up at booths for autographs and pay around $50 each to take a photo with their favorite actors. But for Lust, the move to IRL hangouts with porn stars was simply an extension of the crowdsourcing methods she already uses to produce her films. Each one of the performers participating as a Trip4real tour guide has starred in Lust’s XConfessions series—films that are based on fan submissions sent to the XConfessions website. “I love the idea of being close to my viewers, and with XConfessions the viewers have been brought in to the creation of my films as an essential part of the creative process, as I make films based on their stories, fantasies and memories,” said Lust. In other words, Trip4Real’s tour guides already have a close relationship with fans of their adult film work.

“I did move to Barcelona from Sweden in my 20s, I couldn’t speak any Spanish then, and it was a new city and a new country to me,” said Lust. “I’m no stranger to the feeling of being curious in a new place, looking for things to do, inspirations, exciting people who can teach me something new. I’m very aware of the very human need to have meaningful experiences and connections, wherever you go in the world.”