The performers aren’t too happy about it. 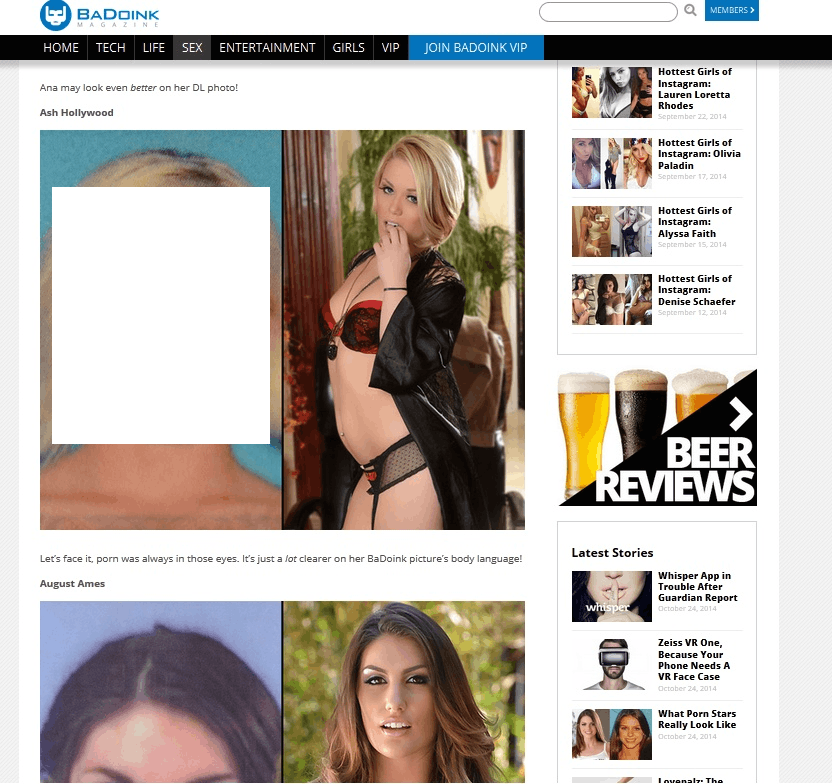 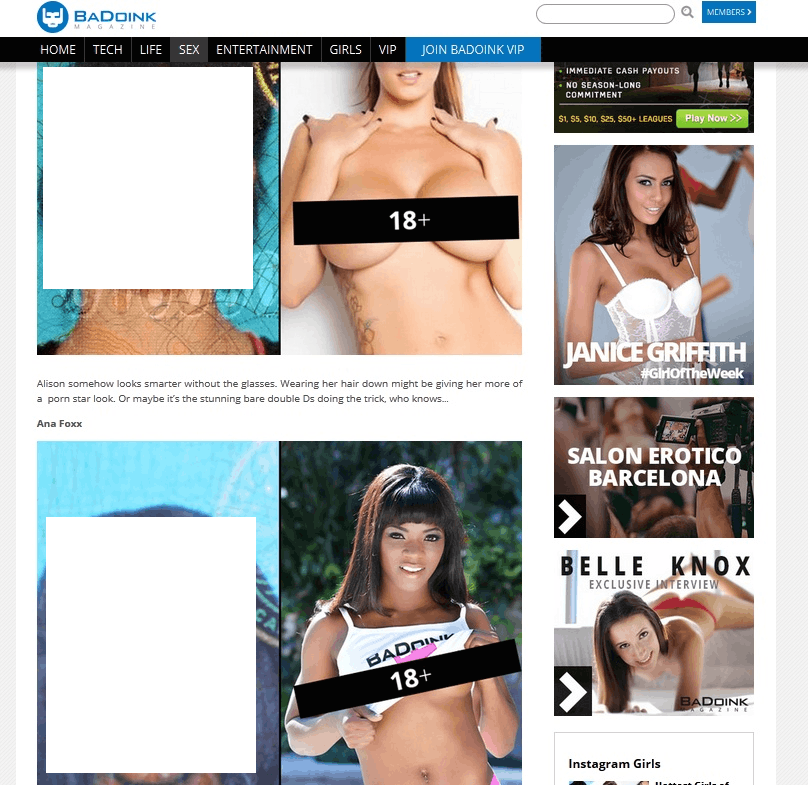 Naturally, adult performers featured on the website weren’t too pleased that their government-issued ID photos, which were likely taken among none too pleasant circumstances at the DMV, were featured on the Internet without their permission:

In an email to the Daily Dot, CEO Todd Glider confirmed that the photos were indeed from the performers’ 2257 records, and that the records are typically included in standard content packages that the website purchases for its adult streaming service.

“We paid for a scene to be shot, received the video, received the corresponding photos, received the 2257 docs,” Glider told the Daily Dot. “I did not ask for permission [to publish the phoros], nor do I feel I need permission. That is my content exclusively.”

As Glider explained to the Daily Dot, adult content distributors are given access to 2257 records whenever they buy legal content from production companies in the United States or much of Europe. The age-verifying documentation is included as a PDF along with the content. But that information is rarely made public.

Glider also dismissed the idea that the photos constituted a breach of performer privacy: “I would never disclose any confidential information—the performers’ real names, addresses, dl#’s, forms, signatures, etc. These are photos of the same faces that are in the content itself, photos that were part of the package purchased, nothing more.”

In response to the TRPWL post, Glider says he was “shocked” by the uproar within the adult community, and that he only took the post down after the performers on the list threatened to blacklist his content producer. “To suggest that posting these photos was an incendiary or indecent act… it’s baffling to me,” he wrote. “An invasion of privacy? These are mere photographs of faces—and, ironically, the least revealing in any photo set.”

Spiegler doesn’t buy it. By publishing the photos, Spiegler told the Daily Dot, Badoink was essentially violating the trust of adult performers. “I got the sense he was saying that since they paid the girls for the scenes, it was fine to use their ID photos,” she said. “It was a complete abuse of the 2257 information.”

Although 2257 requirements are part and parcel with shooting and distributing adult content, the outrage over the Badoink post plays into what adult industry attorney Allan Gelbard says is “just one of what I believe to be numerous serious constitutional issues” with the 2257 record-keeping requirements, he told the Daily Dot via email.

According to 2257 regulations, while performers are required to give their producers copies of 2257 records, they might not have any idea who the producer may distribute their content through. As a result, the disclosure of 2257 records could potentially result in a slew of “potential personal privacy and even potential HIPAA (Health Insurance Portability and Accountability) issues,” Gelbard said via email, adding that he has represented performers who have been the victims of identity theft or stalking cases as the result of an outside party obtaining copies of their 2257 records.

In the case of Badoink, Gelbard says that while publishing the performers’ names and contact information would have been “far more problematic,” even though the site only published the government-issued photos, “that may not insulate the company from suit for potentially tortuous conduct.” (The Daily Dot has reached out to performers in the post to see if they’re actually planning to pursue litigation, but have not yet heard back.)

Even if the publication of unflattering driver’s license photos might seem relatively harmless, it’s understandable why performers would be so concerned about safeguarding their privacy. Given the highly stigmatized nature of the adult industry, performers are particularly vulnerable to the attentions of stalkers and creepsters, who often go to extreme lengths to find their personal information. In fact, when David Van Vleet, a Washington-area man, recently filed a public records request for at least 70 exotic dancers at a Tacoma gentleman’s club, the dancers successfully blocked county officials from releasing the records, on the grounds that doing so would put the safety of the dancers at risk.