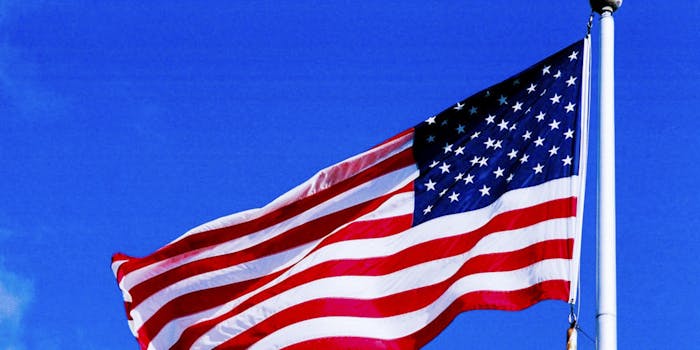 First, Pornhub’s expert number-crunchers looked at a map of the current political representation for each state. They then calculated the number of page views per visit and page views per capita for each state. Here’s how each state stacks up, as well as its political affiliation (for those of you who failed AP U.S. History, a refresher: red means Republican, and blue means Democrat). 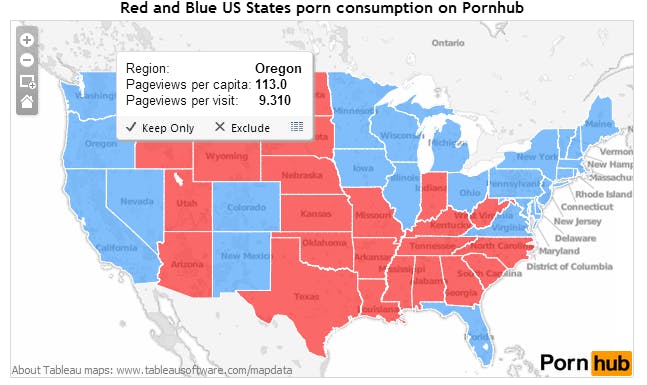 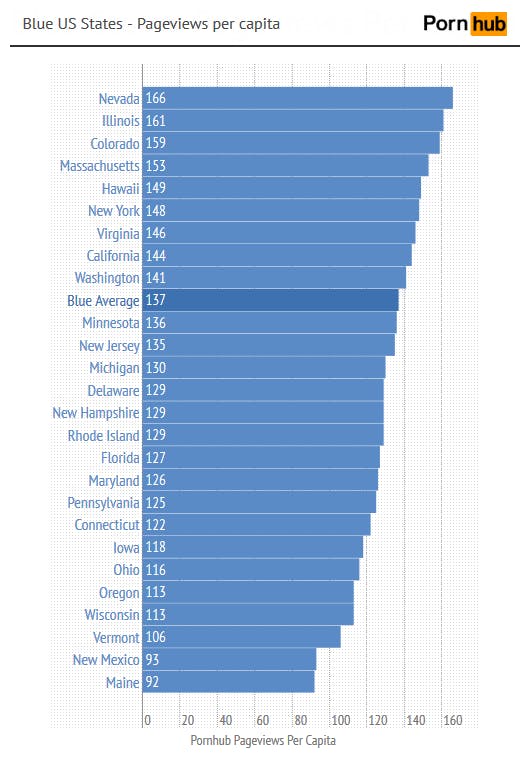 Kansas, surprisingly, comes out on top of both the red state and overall rankings at 194 page views per capita, because I guess what else is there to do in Kansas other than chase tornados and pray for a major league baseball team? 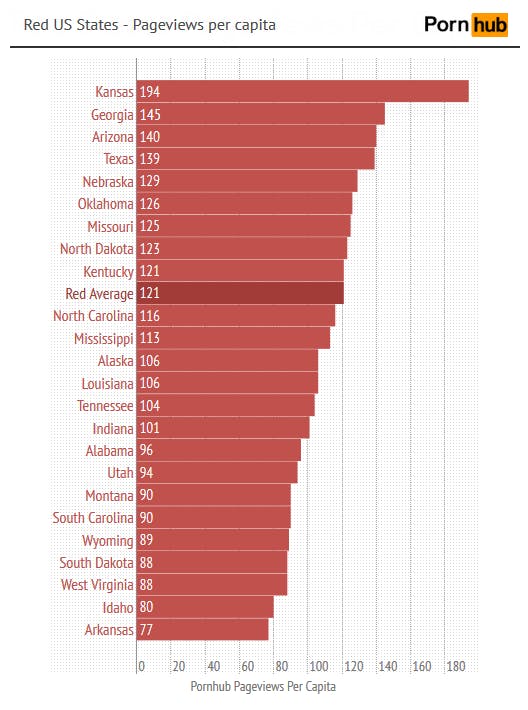