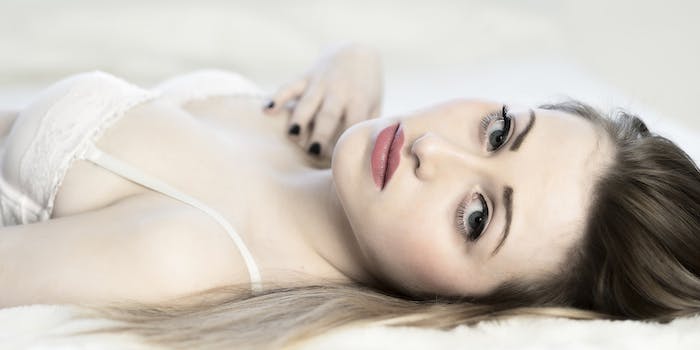 #PayForYourPorn is trying to get people to stop watching tube sites—but will it work?

Last week, adult performers started tweeting the hashtag #PayForYourPorn, urging their followers to buy clips on their websites instead of watching them for free on tube sites:

“The fans don’t understand: we get paid once for shooting the scenes and that’s it,” says Tate. “The fans are like, ‘don’t you make money from the sales? Don’t you make royalties?’ And you’re like, ‘No.’ But you still want them to pay for your product, because you want the companies to keep going and keep hiring you to shoot for them.”

“In the mainstream movie industry, a company like Warner Brothers, if they saw one of their films on a tube-like site, they would immediately get their lawyers and get the scenes taken down,” says Tate. “But in our industry, the big players are also the ones behind the tube sites. They’re the ones that direct where all the traffic goes.”

When asked about adult distributors’ need to negotiate the tension between maintaining business relations with Mindgeek and speaking out against piracy, Adult Empire’s director of business development Colin Allerton says that “just about every studio” has been forced to partner with tube site content programs. “If we were to not stock DP [Digital Playground] movies or any Mindgeek studios, there would be no movies to sell, because just about every major studio and star is now partnered with Midgeek or has worked for a studio that Mindgeek purchased, as well as other tube sites,” he says.

Allerton also draws a distinction between tube sites hosting pirated content that’s uploaded by users, and content that’s supplied by the studios themselves, who often include links to their paid membership sites. “We have no problem with studios uploading their own titles to gain new members, as a lot of people do try before they buy,” he says. “The problem is people uploading titles that they don’t have the right to upload.”

Siri agrees that the focus should be less on MindGeek and MindGeek-owned tube sites, and more on the issue of piracy in general, which is far more pervasive. “It’s true that MindGeek owns many of the largest adult film studios and owns many of the largest tube sites, but they don’t own all of the tube sites (and that doesn’t even address the issue of torrents, another bane of the adult film industry),” she says.

“Performers are between a rock and a hard place when it comes to speaking out against MindGeek, [and] I understand if some performers would rather keep their mouths shut on the issue, but it does absolutely no good for any of us to cop an attitude of ‘I don’t give a damn about piracy.’ Do you want your job to continue to exist? Then you should give a damn.”