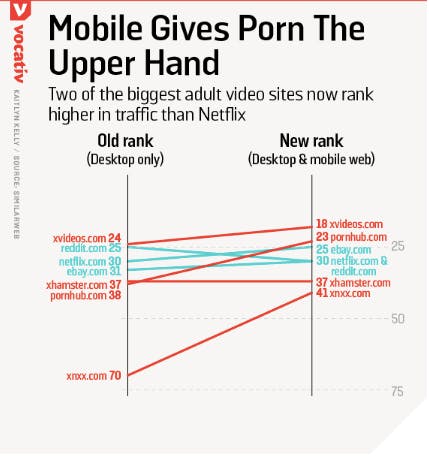 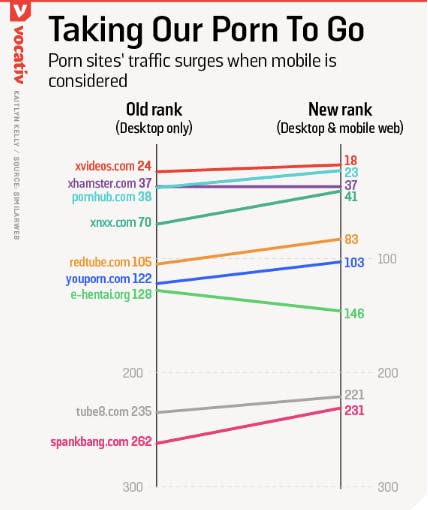 But the real results of this seismic industry shift sometimes appear in the finer production details, like box cover art. The legacy term is now used to describe the catalog of thumbnail images presented as you browse a pornographic site to select a video. Adam Grayson, chief financial officer at Evil Angel, says that his 27-year-old company has transitioned away from using the traditional “collage” aesthetic for marketing materials in favor of close-ups: people aren’t poring over the DVD cover in their hands at adult video stores anymore—they’re viewing tiny thumbnails on their mobile devices. (If you’re unfamiliar with these aesthetics, compare the super-busy thumbnail image for “Inked Angels #5,” released last summer, to the soon-to-be-released minimalistic cover of “Big Tit Superstars” at this super NSFW link.)

It’s a shift that’s changing our sense of sexual…openness…IRL, too: a quick look on Twitter reveals that many use their mobile devices to make pretty much any time “private time”: on the bus, car shopping, at work, and in church, for instance.

Hands where we can see ’em, folks.