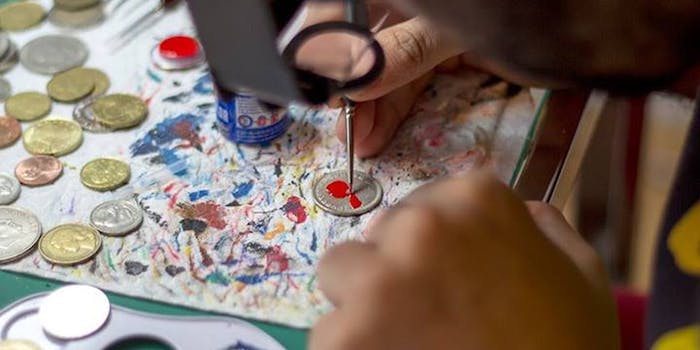 The Brazilian artist turns the heads side of coins into fun portraits of superheroes, pop icons, and video game characters.

Since February, Frankfurt-based Levy has created and shared dozens of the tiny artworks on Instagram. His subjects include Freddie Mercury, Spider-Man, and the Bride from Kill Bill.

“Coins are actually massively reproduced little sculptures,” explained Levy on his wittily titled Facebook page, Tales You Lose. “This project brings individual character to each replica, and makes us think: Are we able to like one cent more than others, just by injecting new stories in it? Those are the Tales You Lose.”