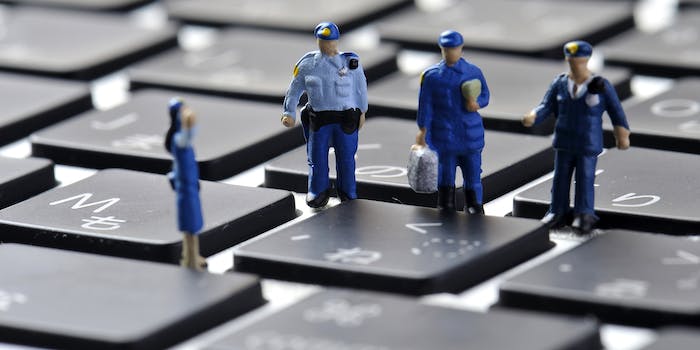 6 ways police can spy on you without a warrant

The right to privacy is one of America’s most important freedoms, but with the ever-present specter of government surveillance and overreach looming in our midst, it’s also one of the country’s biggest underlying issues.

Law enforcement officers have some tricks up their sleeve to not only locate American citizens wherever they are but to also access highly personal information. Officers are often required to obtain a warrant in order to search a citizen’s house or car, but there are multiple ways they can access digital information and tap into our cyber trails without a judge’s signature.

To check if your internet self is at risk of exposure, below are five ways your information might be more public than you imagined.The right to privacy is one of America’s most beloved freedoms, yet with the ever-present specter of government surveillance looming in our midst, it’s also one of the country’s biggest underlying issues.

Emails are one of the most requested types of data, and there are loopholes that may allow police to access your inbox. The Electronic Communications Privacy Act (ECPA) allows police to access emails stored in the cloud that are at least 180 days old—and that includes drafts, documents, and photos.

Many privacy activists, legal experts, and even companies argue that the ECPA, which was passed in 1986—long before the widespread use of email, social media, digital photography, or any of the other communication methods we take for granted today—is due for a major overhaul. But so far those efforts have failed.

The courts have offered some pushback against the easy access to emails stored in the cloud. A federal court of appeals ruled in a 2010 case, U.S. v. Warshak, that the Fourth Amendment protects all emails from unwarranted searches, which led some internet companies to refuse to comply with subpoenas. Since the case did not apply nationally, however, its effects have been limited.

In April 2016, the U.S. House of Representatives passed the Email Privacy Act, which would update ECPA to remove the administrative subpoena loophole and thus stop police from gaining access to emails, text messages, and other personal communications without a search warrant obtained with probable cause. The Email Privacy Act has so far stalled in the Senate.

Both Twitter and Facebook allow the distribution of basic information from their user’s profile such as their name, email and sometimes IP address. But don’t worry too much, police still have to go through a legal process to get any information that is private on a social media profile.

“Without a warrant, the only thing we can access is whatever is on the internet that somebody has out in public,” says Sgt. Eric De Los Santos of the Austin Police Department. “Let’s say you have a Facebook page or an Instagram page and they’re public, we can go into that and look and see what’s inside of that without a warrant because it’s public.”

But it doesn’t stop there. Police have also utilized social network surveillance software, created by firms like Geofeedia and SnapTrends, which provides police with keyword and hashtag monitoring. In some cases, these firms have touted the ability to bypass privacy settings by creating mock accounts that gain them access to users’ private feeds.

Considering technology and social media consume our society practically every second of the day, it’s sobering to know police can find out where you sleep at night and possibly with whom—and maybe much, much more.

A phone holds almost all our sensitive information, so it likely comes as no surprise that the police take a number of different measures to try to access citizen’s phones.

It’s illegal for police to secretly listen to the phone calls of American citizens without a warrant. However, police officers don’t need the warrant to obtain records of who you called and when you called someone due to a Supreme Court case from 1979, which found that call logs are considered business records and are not protected by the Fourth Amendment.

The way police officers are able to obtain this information is by presenting a subpoena from the court to the phone owner’s cellular provider. If the phone is not a part of a criminal investigation, officials are able to get a general administrative subpoena, which does not require judicial approval.

Text messages are treated like emails, according to the ECPA. That means, under this crucial and controversial law, officers must obtain a warrant from a judge for content stored by a service provider (like Verizon or AT&T) that is less than 180 days old, but not for content that’s 180 days or older.

In other words, your phone records and older text messages are relatively easy for police to obtain without a search warrant. But for phone calls and text messages sent within the last six months, investigators will need a judge’s signature.

Getting ahold of IP addresses is similar to phone records, in the sense that an officer has to claim an ongoing investigation in order to obtain them. However, officers can wiggle their way around the law with an administrative subpoena if they are looking for historical records.

That said, IP address has only limited use in terms of locating a suspect or location of a crime.

“When you go to different websites, you leave your IP address,” says De Los Santos. “And pretty much the only thing you can do is look up an IP address and it gives you a general location.”

Thanks to a 2007 case in which two guys tried to set up a casual ecstasy lab in a land container, the U.S. Court of Appeals for the Ninth Circuit ruled the tracking of IP addresses is synonymous with telephone numbers.

Cell towers and GPS features in smartphones reveal where a person’s phone is at all times—data that police can easily utilize for their investigations.

Officers are able to request a “tower dump” through which every phone number in a certain range is revealed, and sometimes, where there are two towers in close proximity to each other, officers could possibly get information from more than a thousand phone owners.

Tracking a person’s phone in real time, however, does usually require a warrant and proof of probable cause, meaning it is far more difficult for police to obtain that type of surveillance access.