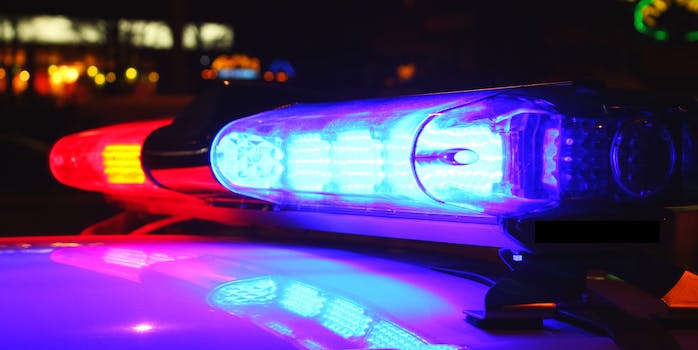 The Killed By Police database mines news sites for reports of police killings.

Less than three months into 2017 and law enforcement officers from departments across the country have already killed at least 275 people — even if a number of these stories missed out headlines, in a news cycle dominated by our new president and his unfounded tweeting.

In the same period this year, 28 law enforcement officers died while on duty, eight of whom were killed by gunfire, according to the Officer Down Memorial Page, which tallies the deaths of cops in the U.S. Another eight were killed in vehicle accidents or had heart attacks while on duty. Three died from 9/11-related injuries or diseases.

The data behind the number of people killed by police is not comprehensive; currently, there is no government-kept database that tallies each fatal police encounter. As it stands, the most thorough data for officer-involved deaths come from online databases kept by journalists or members of the public. The 275 figure comes from the Killed By Police database, which mines the web for news stories about fatal police encounters and enters the stories into its list. In other words, there could be more than the 275 officer-involved deaths that made headlines, or otherwise caught the attention of KBP.

Not all of those tallied on the KBP database were line-of-duty deaths or involved an officer killing a suspect in a crime. In one instance, the death of a 19-month-old North Carolina boy was added to the list after a police officer — who reportedly was dating the boy’s mother — accidentally hit her with his police cruiser near his mother’s home as he was leaving to go to work. According to local media reports, the boy was running outside to give the officer his hat when he was struck by the police cruiser. The officer was not using a cell phone or intoxicated at the time of the accident and charges aren’t expected.

In October, in response to outrage over the fact that there is no concrete data on officer-involved deaths, the Department of Justice announced plans to begin keeping track of people killed by police.

“People have data about who went to a movie last weekend, or how many books were sold, or how many cases of the flu walked into the emergency room,” FBI Director James Comey told the House Judiciary Committee in October 2016 as he advocated for a DOJ list of people killed by police. “I cannot tell you how many people were shot by police in the United States last month, last year, or anything about the demographic. And that’s a very bad place to be.”

As we reported last year, the DOJ’s plan is not without flaws. Like other federally harvested crime data, the DOJ’s new program will rely on voluntary reporting — essentially, law enforcement agencies across the country will have to collect all of their own data on use-of-force incidents and then hand it over to the feds.

“What’s the stick if you don’t,” Bill Richardson, a retired former detective, told Vocativ at the time. “And how do they guarantee that it’s accurate? They’re talking about all this good stuff…we’re gonna do this, we’re gonna do that. But they forgot the ‘how’ part.”

Civil rights groups across the country have a similar fear. In August, 67 different organizations, including the ACLU, NAACP and the Southern Poverty Law Center, signed a letter sent to the DOJ expressing their concerns about voluntary reporting of use-of-force and death-in-custody incidents. In the letter, the organizations wrote that “voluntary reporting programs on police-community encounters have failed. Only 224 of the more than 18,000 law enforcement agencies reported about 444 fatal police shootings to the Federal Bureau of Investigation (FBI) in 2014, though we have reason to believe that annual numbers of people killed by police exceeds 1,000.”

Going off the KBP data, they’re right — more than 1,000 people have been killed by police every year since 2014.